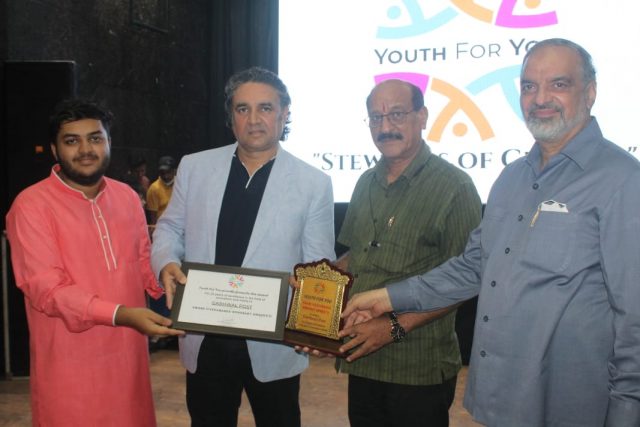 By OUR STAFF REPORTER
Dehradun, 5 Aug: Team ‘Youth For You’ (Y4U), a student run organisation, held its “Swami Vivekananda Honorary Awards” ceremony on the theme, ‘COVID Warriors’, at the Town Hall, here, on 4 August. The event was supported by The Himalaya Drug Company and Doon International School.
The award ceremony was held to honour the citizens of Uttarakhand who have worked tirelessly and beyond their call of duty to bring a positive change in society. 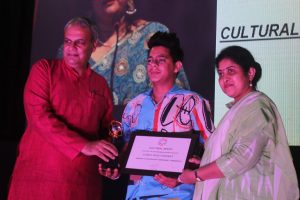 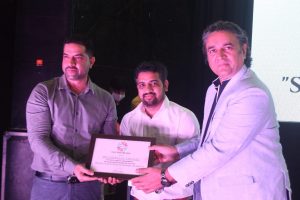 The event began with lighting of the ceremonial lamp, followed by a mesmerising cultural performance and the award ceremony.
To felicitate the hard work of individiuals, various awards were given to the nominees in six significant categories. The Covid Warrior Awards were presented to Raghav Juyal and friends, Swaroop Uniyal, Arnav Ramola, Ankur Jain and Anupama Khanna. The ‘Entrepreneurs With A Change’ awards went to Tanmay Benjwal, Dhruv Sawhney and Bhuli. 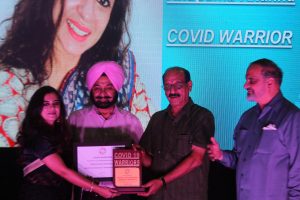 The Teaching Innovation Awards went to Campus Binge, Ruchi Kalra and Juhi Chadda. The Cultural Artists Awards went to Suraj Singh Rawat and Ela Pant Yadav. The ‘Youth Icon’ awards were presented to Jyotsana Rawat and Aanya, while Paritosh Anand and RJ Aakriti got the ‘Social Influencers’ Awards.
Two special awards were presented to Garhwal Post and MAD by BTD. Garhwal Post was awarded for completing 25 years of excellence in the field of Journalism. Satish Sharma, the owner and editor of Garwhal Post, received the award from Cabinet Minister Subodh Uniyal. 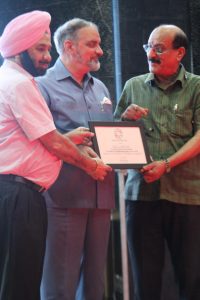 MAD by BTD was given the award on completing 10 years of excellence in the field of social activism.
The Chief Guest, Subodh Uniyal, in his address, emphasised on the importance of ‘Youth Empowerment’ and how the youth, today, are the real stewards of change.
Among the eminent guests present were Dr S Farooq, DS Mann and RK Bakshi. The judge’s panel comprised DGP Ashok Kumar, Mayor Sunil Uniyal Gama, Mohit Dang, Samraant Virmani, S Benjamin, Lokesh Ohri, Sujata Paul, Sumit Adlakha and Yashasvi Juyal.
DS Mann praised the overall efforts of the entire Y4U team and reiterated his support for them. He was particularly happy about the fact that the Founder President and a few other members of the team were DISians.
Dr S Farooq shared with everyone his insights on how to be safe from the corona virus, particularly physical distancing.
Y4U Founder Satvik Nijhon gave a presentation on the NGO and proposed the vote of thanks. The Y4U team included Priyanshu, Aditya, Purnima, Khyati, Khushi, Shourya, Sarthak, Yash, Siddhant and Udayan.