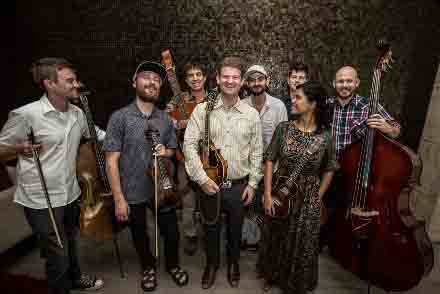 DEHRADUN, 2 Mar: The US band, ‘The Bluegrass Journeymen’ (TBJ) is going to perform live at the UPES Bidholi Campus on 3 March in collaboration with the US Embassy. The Bluegrass Journeymen is a collective of ace musicians that aims to present the traditional American Bluegrass Music to the world. The band travels across the globe to perform, plans musical outreach and organises cross- cultural musical collaborations with local folk musicians. On 3 March, the US Embassy delegation along with The Bluegrass Journeymen shall arrive at the Bidholi campus. The university shall witness accomplished musicians like Patrick Carrigan Fitzsimons, Nabanita Sarkar, William James Cardine, Shaun Robert Nicklin, Summers Leigh Baker, Andrew Bain Conley, Coleman Lewis Smith and Jean-Luc Michel Davis performing live at UPES. The band shall be accompanied by Elliot Joseph Siff, Band Manager. The U.S Embassy delegates visiting the campus along with the band are Catherine Fischer, Public Diplomacy Officer, North India Office, and Robin Bansal, Cultural Affairs Specialist, North India Office. UPES is the first University in Uttarakhand to host The Bluegrass Journeymen. Bluegrass music has roots in traditional English, Scottish and Irish ballads and dance tunes, and African- American blues and jazz. It was developed in the 1940s in the United States. This genre derives its name from the band Bill Monroe and the Blue Grass Boys. Bluegrass music gives prominent place to instruments like banjo, mandolin and fiddle. While bluegrass music is the main highlight, the audience will get a chance to enjoy country, old time jazz, swing and plenty of other influences blended in their tunes.