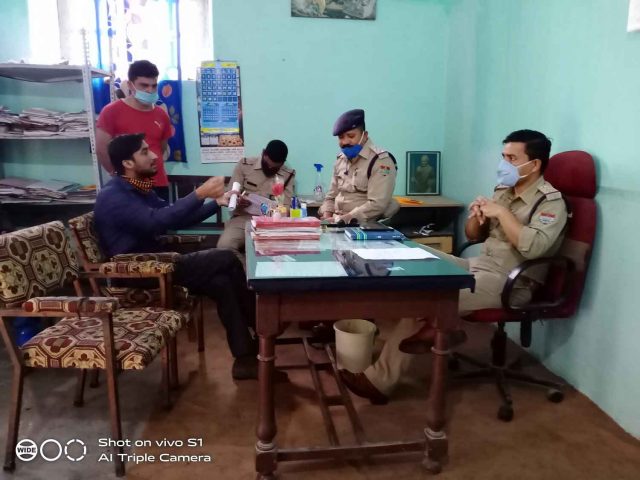 MUSSOORIE, 17 Jun: A theft occurred today under suspicious circumstances at the mosque in Butcher Khana area of Landour, here, and a letter was recovered from the site threatening to kill the mosque Maulvi and to burn the place down.
As soon as the theft was reported, the Mussoorie police under the leadership of In-Charge Devendra Aswal reached the spot and started investigations. Aswal said that, prima facie, the case seemed to be of mutual enmity. Money had been taken from the donor box of the mosque. Police are also investigating the letter.
He said that the Maulvi has gone to his house in Uttar Pradesh a few days ago. He has been called back. It was found that a similar letter was recovered at the mosque about 6 months ago, about which no complaint was made by the Mosque Committee.
Salim, who lives near the mosque, said that in the morning when he came to the mosque to offer Namaz, the door was already open. When he went in, he found that the money in the donation box was missing. A letter was found which used objectionable words against the Imam and also threatened to kill him. He demanded investigate the entire case and take action against the culprit.
Mosque Committee Treasurer Mohammad Zubeed said that, after receiving the information about the incident in the mosque, he would make a written complaint.