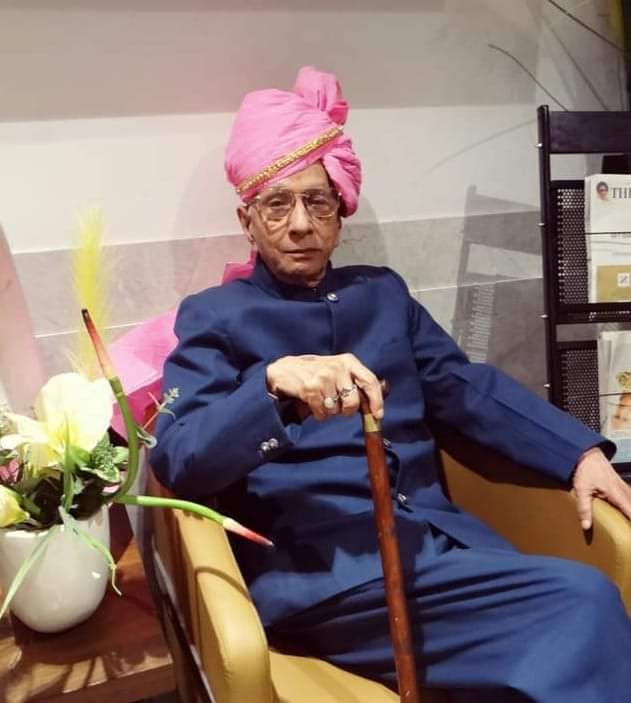 By Dr Vineet Dhyani & Anand Kumar
Renowned thespian and yesteryear Journalist Vishwa Mohan Badola passed away at the age of 84 in Mumbai due to age-related ailments. He was born in Thatholi village in Pauri Garhwal district of Uttarakhand. Later, his family moved to Kotdwar, where they still have a house. He would regularly visit Kotdwar. His latest visit was as recent as two years ago after which he couldn’t due to weakness. He was very fond of Garhwal and always carried it in his heart even after settling down in Delhi and later in Mumbai. 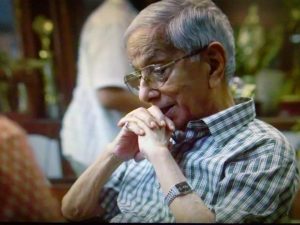 His early schooling was in Delhi. He graduated with BA Honours from Hindu College. Soon after, he started his career in Journalism. He worked with several newspapers across India like Indian Express, The Statesman, Patriot, Northern India Patrika, Deccan Herald, and The Times of India. He worked as a Political and Diplomatic Journalist with these newspapers. He also served as Chief of Bureau of Deccan Herald and Resident Editor of Times of India Lucknow Edition. His expertise was in South Asian Affairs and he toured the world with Prime Ministers and Presidents. 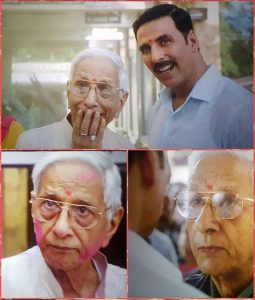 He was bitten by the theatre bug during his college days and he pursued it with full vigour along with his flourishing career as a Journalist. He recalled his early days in the Indian Express. One evening, veteran RN Goenka, Editor-in-Chief, came to see the play and was pleasantly surprised to see him on the stage. Not many know that he was a singer, too, and he gave his voice to many Garhwali songs on AIR. In fact, he was the first voice of Garhwali songs on AIR as early as in 1957. He acted in more than 400 plays on AIR and was considered the Top Dramatic voice on AIR and Doordarshan.
With his deep passion for theatre, he went on to found the Theatre group, Dishantar, along with veterans like Om Shivpuri, BV Kamath, Brij Mohan Shah, Sudha Shivpuri and Ram Gopal Bajaj. Dishantar conducted many plays like Ashad ka Ek Din, Kanjoos, Khamosh Adaalat Jaari Hai, Draupadi, etc. Dishantar was the talk of the town and the saga kept going till it became inoperative after most of the members shifted to Mumbai (Bombay then) except Badola. Badola joined another Theatre Group by Rajinder Nath called Abhiyan.

The group enacted several plays like Alibaba, Dharmashala and Natak Polumpur Ka. He also joined the Ruchika Theatre Group and some of the most talked about plays of the group were Caligula, Six characters in search of an author, and Antigone. Later, he was instrumental in founding Parvitaya Kala Kendra along with Mohan Upreti, which performed many a Garhwali and Kumaoni Musical Opera like Rajula Malushahi, Mahabharat, Ashtavakra and Inder Sabha in theatres of Delhi and across India. The group was recognised by the Cultural Ministry as an Eminent Theatre Group with the status of Professional Theatre Repertoire and taken to many countries as part of the Indian Cultural Delegation.
He acted in several TV plays including a role in the first-ever Tele Soap on Indian Television, Hum Log, and went on to act in many TV serials after that like Amma and Family, Zindagi kitni Khoobsorat Hai, Rajdhani, Ji Pradhan Mantri, Upanishad Ganga, Aek Chaabi Hai Pados Mein, Nisha aur Uske Cousins, etc.
He also acted in several films. His first film was Swades by Ashutosh Gowalkar, in which he played the role of a Village Panch followed by Jodha Akbar (as Maulana Sader Adaasi), and What’s your Rashee (as Nana ji). He continued with his films’ sojourn by acting in Raj Kumar Hirani’s ‘Lagey Raho Munna Bhai’ (as Vidya Balan’s grandfather), Nila Madhab Panda’s movie ‘Jal Pari’, Anshul Sharma’s ‘Saare Jahaan se Mehnga’, ‘Total Siyappa’, ‘Prem Ratan Dhan Payo’, ‘Atithi in London’, ‘Missing, Subhash Kapoor’s Jolly LLB 2, etc.
He also played a role in the ad film released by Google in 2013 which went viral. This was about two elderly men, who had been friends in Lahore before the Partition separated them, being reunited by their grandchildren.
He will be missed by one and all. He will be remembered for his immense contribution to Delhi Theatre and his roles in several AIR, TV plays, serials and films.
He is survived by his wife Sushila Badola, son Varun Badola, a known TV personality, and daughters Alka and Kalindi Badola.

The write-up is composed by Dr Vineet Dhyani & Anand Kumar who are related to Late actor VM Badola [Brothers in-law].