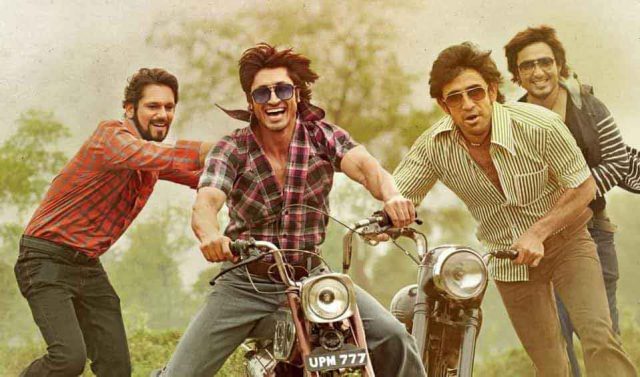 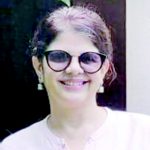 ‘Yaara’ is a crime thriller written and directed by Tigmanshu Dhulia – a remake of the 2011 French film, ‘A Gang Story’. It’s a story of the ‘Chaukadi Gang’, comprising four friends who are circumstantially dragged into the world of crime as small kids. 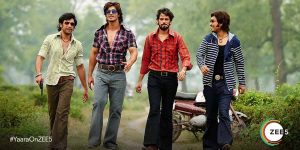 Phagun (Vidyut Jammwal) and Mitwa (Amit Sadh) as kids, become good pals at first sight. Unfortunately, both have to flee from their village after the forcefully inflicted death of Phagun’s father. Being together during trying times becomes their major strength. The kids are adventurous, the clever traits they display while fooling the police during a short stunt catches the eyes of a gangster Chaman (Sanjay Mishra). Chaman carries out smuggling activities on the Indo-Nepal border. The two meet two other budding criminals of their age, Rizwan (Vijay Varma) and Bahadur (Kenny Basumatary), who are used as carriers by Chaman to deliver the smuggled goods. The four gel well and soon become partners in crime in the truest sense. Over time their criminal traits evolve. Their confident aspiration propels them to form their own ‘Chaukadi gang’.

The film traverses five decades (1950s-1997) of their misdeeds, transgressions and rise in this field. It simultaneously hints at India’s transition from early independence days to late nineties focusing on crime, unemployment, class exploitation and Naxalite movements, conveyed through posters on roads and walls, radio news, some revolutionary movements and smuggling trends. Tigmanshu keeps the costumes, hairstyle and sets close to the relevant decade, majorly covering 1970’s crucial events of these four and Sukanya (Shruti Hassan), a revolutionary to whom they supply revolvers for their movement. Their endeavour hits a road block, landing them in different jails for different terms. The movie then takes a leap, making us meet the stylised and well-established trio (except Mitwa) in 1997, now land dealers with legitimate earnings.

The story keeps moving back and forth between present and past events. They are jolted to learn that Mitwa has returned and needs help. The loyalty in them has to address the friend’s call and they all set out to help him even if that requires shedding their new, clean identities and reviving ugly traits from the past. Mitwa’s return in their life brings about chaos from which it would not be easy to emerge. The events that follow are intimidating, scratching the past, meandering through sweet-ugly memory lanes, making us understand the characters, showing their courtship, adventures, fun and fights. Lot of bloodshed, eliminations and sacrifices are experienced with Mitwa’s return. We witness shades of friendship, loyalty and betrayal. This is Tigmanshu’s forte and Yaara delivers on that score. The screenplay is terse and the editing tight, though at times Tigmanshu is in haste to elaborate the plot clearly. Maybe he feels that the audience will comprehend and read between the lines.

Vidyut’s role is stable and action his USP but he has a limited slot to showcase it. Shruti Hassan’s role is underwritten. Amit Sadh, Vijay and Kenny are brilliant in their shoes. Yaara shines blithely in many frames yet lacks the vibrant charisma typical of Tigmanshu Dhulia. It may not turn out to be his best film as the brilliance is felt sporadically.

The film’s credit and the ingenious photographs as backdrops in the beginning need special applause. The songs set the mood, beautifully embellishing the essence of friendship especially the choreography, lyrics and rhythm of ‘Khudkhushi’. A number of frames are tastefully crafted. Rishi Punjabi’s cinematography captures the beautiful locales of Uttarakhand, Rajasthan and Nepal. The sets are enchanting but some look made up. The outstanding moments that dazzle the heart come from the peculiarity the four friends own in their individuality, which remains consistent, well-defined, and gracefully upgraded from beginning to the end. The actors remain completely comfortable in their cloak.

Tigmanshu Dhulia as writer, director and producer, in earlier works like Haasil, Saheb Biwi aur Gangster 1 & 2, Paan Singh Tomar, etc., has set a high bar. Yaara is comparatively weak but the gang of four friends provide many bewitching golden moments. The flashback sequences of Yaara are excellent in parts and evoke nostalgia that we have seen before in few films; bare-chested buddies, with 70s bell bottom pants and big buckled belts, picturesque backdrops and snaps thoughtfully clicked to enhance the appeal and look; all this gives many ‘déjà vu’ moments.

Yaara’s story highlights the fact that the shadows of the past never leave, they haunt us and the call of true friendship never goes unaddressed, it has to be attended at any price. Yaara was strategically released on ‘World Friendship Day’ to glorify and celebrate friendship, portraying an adorable bond between four friends.