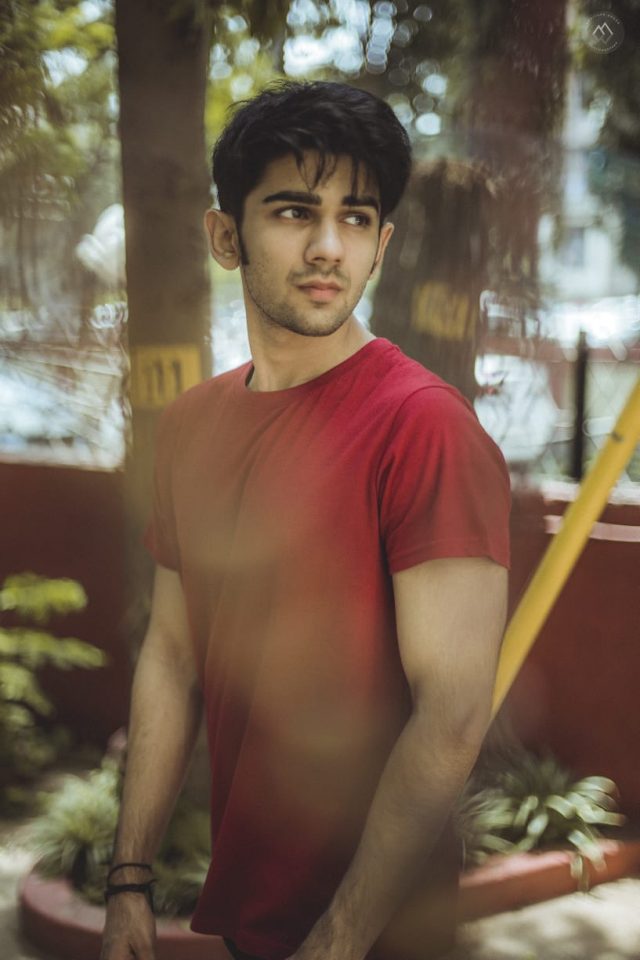 By Anjali Nauriyal
Dehradun, 13 Mar: Talented Bollywood actor Prit Kamani today stated that Uttarakhand was very dear to him and that he had been here many times on college trips. Currently in Dehradun to shoot for a short film titled ‘Double Shift’, he reminded that he was an ardent devotee of Lord Shiva and his most favourite place of pilgrimage was Pataal Bhuvaneshwar, a Shiva temple located in district Pithoragarh. It may be recalled that ‘Double Shift’, a short film is currently being filmed in Dehradun, and directed by award winning director, Dinesh S Yadav who was earlier awarded with National Film Award for his film ‘Turtle’ under the category of best film in Rajasthani language.
Kamani informed that last year, he signed his biggest film which is being produced by Anubhav Sinha and directed by Ratna Sinha. It was shot in Dehradun and Mussoorie, and he had a great time shooting here amidst the beauty of this land and the kindness and warmth of the locals. Kamani further informed that this film would be released soon, and that he really hoped that the people of Uttarakhand would love his work in the film.
Informing about ‘Double Shift’ for which he is currently in Dehradun, he said, “It is a special story that revolves around how destiny plays its part in one’s life. The story relates to an earnest and hardworking boy, Arjun Negi, who strives very hard to live his dreams but destiny has some other plans for him. One does not always get in life what one wants, but always gets what one deserves because hard work never goes in vain.”
Kamani said that as an actor no film was big or small for him. He was launched as a child actor years ago and this year he completed 19 years as a professional actor. He asserted that he was not driven by money or fame, but worked with the aim to be in front of the camera and perform his heart out and tell a beautiful story to his audiences.
He added that he could not wait for the world to watch his films. It was a pleasure to shoot again in Uttarakhand.
It may be recalled that Dinesh S Yadav is director of ‘Turtle’ film. At the 66th National Film Awards, ‘Turtle’ received the National Film Award for Best Rajasthani Film. The film is inspired by a real story of Ramkaran Choudhary (Bagod) from Village Dehlod, Rajasthan.
Expressing his opinion about actor Prit Kamani, senior journalist turned actor Satish Sharma, said that Prit was a natural talent! Looking at Prit’s acting skills and temperament, he could easily say that Prit had a fantastic future ahead of him. It may be recalled that Sharma also has a cameo in the film ‘Double Shift’.

Garhwal Post has established itself as a credible, balanced and forward looking newspaper in India. Based in Uttarakhand, the daily is read by the aware, socially and culturally responsible, high-income elite of society.
Contact us: info@garhwalpost.in
best dating app for 40 year olds