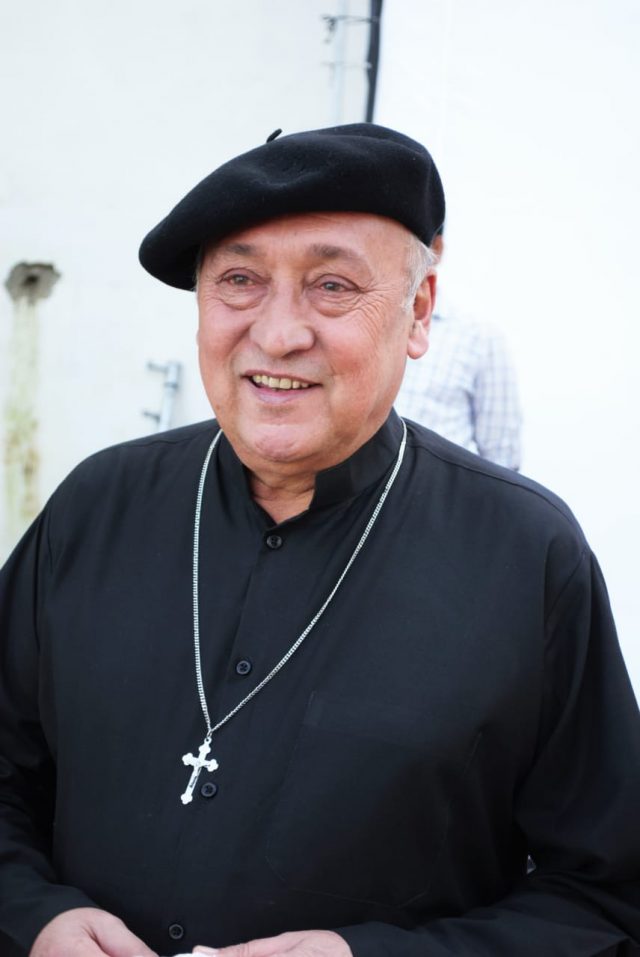 Dehradun, 2 Nov: ‘Josef: Born in Grace’ is a film directed by Susant Misra that has been filmed almost entirely in Uttarakhand, particularly in and around Ranikhet (District Almora). It was recently honoured with two awards at the famous Ontario Film Festival. One of the awards went to actor Victor Banerjee, who won the ‘best actor in a secondary role’ award for this film, while the second award went to Sudheer Palsane for the best cinematography. Possibly, abundantly beautiful locations in and around Ranikhet made the film a visual treat, also helping it win the best cinematography award.

The film has been adapted from a short story, “Joseph”, written originally in Odia language by late Umakanta Mahapatra and is set between the time period 1960 and 1980 in the foothills of the Himalayas. The story is about a catholic priest, Father O’Hara, who takes care of an alcoholic young man, Josef. The film was produced by late Umakanata Mahapatra’s son, Ashok Mahapatra, and Surabhi Mahapatra. The film was shot in Ranikhet and nearby places in the year 2018 for a period of over a month. 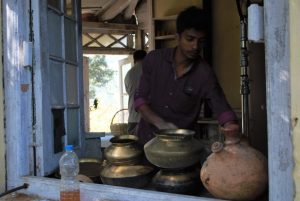 The film’s story revolves around Josef, an orphan raised by Father O’Hara, a Christian priest and a missionary doctor, in the film played by legendary actor Victor Banerjee, along with his caretaker Maularam. Josef is sent to Dehradun to complete his studies and also take up vocational training as a cook. He does become a great cook but still ends up becoming an alcoholic. The main character of Josef is played by Subrat Dutta. The film, made in Hindi, knits together three very different journeys of three characters and tells their stories poignantly. ‘Josef: Born in Grace’ has been making waves since its release in 2019. The film was in the race for the Oscars earlier this year. It had won the Best Set Design at the Madrid International Film Festival besides the recent double awards at the Ontario International Film Festival.
The story is based on his experiences in the Himalayas and the Northeast of India while in government service. He also spent a considerable amount of time in and around Ranikhet. This is why, when his son, Captain Ashok Mahapatra (retired from the International Maritime Organisation, UN, and previously Deputy Nautical Advisor to the Government of India) decided to make the film, he decided to shoot it in Ranikhet, Uttarakhand. The film brings together a cast and crew who have won awards on the national and international stage – Victor Banerjee, Subrat Dutta, Susant Misra, Sudheer Palsane and Sukant Panigrahy. In addition, it also stars two local artists in their very first film roles, Hitesh Bisht and Anamika Goswami. Vaidehi Krishnan, an up and coming technical artist, was the costume designer for the film.
Shooting a Hindi film in Uttarakhand gave the film a timeless look, along with the beautiful natural backgrounds to work with. There was also the additional practical benefit of many junior artists who were fluent in pahadi-accented Hindi. The support of local people and institutions, including the St Bonaventure Catholic Church, Ranikhet Cantonment Board, Colonel Ganesh Goswami and his family, and Dr OPL Srivastava Hospital were invaluable in getting the film made.
Uttarakhand has a proud double connection with the film which apart from having been filmed in Uttarakhand has Victor Banerjee in a stellar role, who has also made Uttarakhand his permanent home. It may be recalled that legendary actor Victor Banerjee who has settled in Mussoorie with his wife Maya has been fortunate enough to work under some of the globally acclaimed legendary film directors such as Satyajit Ray, David Lean and Roman Polanski. He worked with Satyajit Ray in three films, namely Shatranj Ke Khilari, Pikoo and Ghare-Baire, with Shyam Benegal in Kalyug, with Roman Polanski in Bitter Moon, and with David Lean in A Passage to India. It may be recalled that he has won three National Awards, one for cinematography, one for directing and one as supporting actor, besides several international awards and a BAFTA nomination.
Victor Banerjee says that he could easily connect with the character of Father O’Hara and play it with comfort also because he had a convent schooling at St Edmund’s School in Shillong and had received lot of love and care from the Irish brothers at the school who had played a significant role in his character building, and he was taught acting and singing by them. He says that he modelled his character after these Irish Brothers under whose tutelage he studied at St Edmund’s school for 11 long years. He also credits director Misra’s narrative for bringing out the best in him. “This film is dear to my heart because it takes me back many years when I was also nurtured by the Irish Christian Brothers.”
Banerjee now lives in Mussoorie with his wife Maya. Incidentally, his film ‘Dev Bhoomi – Land of the Gods’, another international film directed by Serbian director Goran Paskaljević, was also entirely filmed in Uttarakhand. Banerjee had played the lead role in the film and it too has been acclaimed internationally.