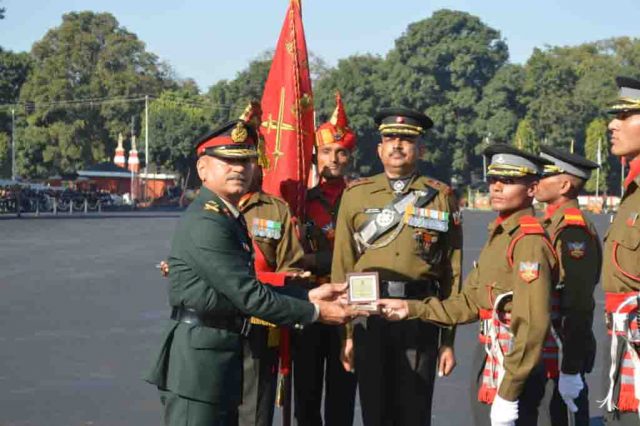 Maj Gen GS Rawat, Deputy Commandant & Chief Instructor of the Academy, reviewed the parade. He complimented the Gentlemen Cadets of the Passing Out Course for their outstanding standards on the Drill Square. He mentioned that the efforts of the faculty and the hard work of the Gentlemen Cadets were quite evident from the crisp and coordinated movements. He expressed confidence that the standards would further improve at the final Passing Out Parade on 7 December. 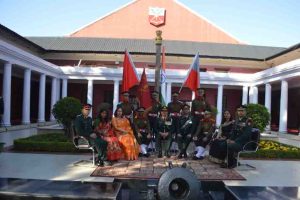 He complimented the Gentlemen Cadets for the hard work put in and for having finally reached the threshold to a world filled with challenges and responsibilities. During the address to the passing out course, he said that the GCs had been taught to ‘Lead by Example’ and the soldiers who would be under their command should look up to them with pride. Indian troops were the best in the world, simple by heart, with unquestionable loyalty and hearts filled with patriotism. But, then, as officers they had to earn their respect and trust through their actions, conduct and demeanour and, above all, by the truthfulness and purity of intent and action. Once they had earned the trust and loyalty, the troops would follow them into every battle and win.

He added, “Always remember that the most important aspect of a leader is performance and shouldering responsibility. Always take responsibility for your team and their actions. And also remember, before you are a leader, success is all about grooming yourself. And once you become a leader, success is all about grooming others.” He also complimented the Gentlemen Cadets from friendly foreign countries on successful completion of the training. The event was witnessed by large number of school children, local citizens and army personnel with their families and friends.