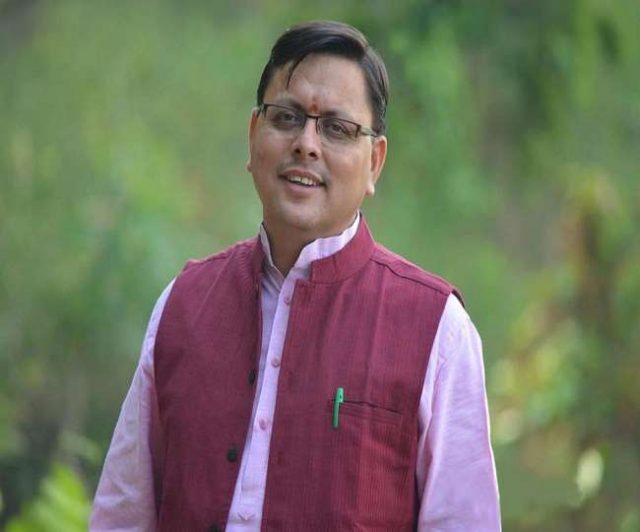 DEHRADUN, 8 Dec: Chief Minister Pushkar Singh Dhami has expressed deep grief over the sudden death of Chief of Defence Staff General Bipin Rawat, his wife Madhulika Rawat and other officers in the helicopter accident today. The Chief Minister has also prayed to God to grant peace to the departed souls and strength to the bereaved families to bear this loss. Terming the sudden demise of General Rawat as an irreparable loss for the country, Chief Minister Dhami said that General Rawat had made a great contribution for the country’s security. The country would always remember the courageous decisions taken by him for the security of the country’s borders and the contribution made by him to keep the morale of the armed forces always high. Dhamireminded the people of the state thatGeneral Bipin Rawat was brought up in a small village in Uttarakhand. On the strength of his extraordinary talent, hard work and indomitable courage and bravery, he rose to the highest post of the army and gave a new direction to the security systems of the country and the Indian Army. Uttarakhand had also suffered a great loss due to his sudden demise. He added that Uttarakhand and the entire country would always be proud of this great son of Uttarakhand and India. Earlier in a tweet, Dhami mentioned that General Bipin Rawatwas a loyal and always devoted military officer to the nation. As the country’s first Chief of Defence Staff, he did unprecedented work. His sudden demise was an irreparable loss to India and Uttarakhand in particular. He also added in the tweet that on behalf of the entire state, he wished to express heartfelt condolences to the bereaved family and pray to the Almighty to give proper place to the holy soul at his feet. The CM reminded that the passing away of General Bipin Rawat was also a personal loss for him as Gen Rawat always protected and guided him like a guardian. As a soldier’s son, he was aware of the pain his family would have suffered. In an earlier tweet, Dhami had prayed for safety of all those who were in the chopper after the crash. The news of death of Gen Rawat was not confirmed by then.

Garhwal Post has established itself as a credible, balanced and forward looking newspaper in India. Based in Uttarakhand, the daily is read by the aware, socially and culturally responsible, high-income elite of society.
Contact us: info@garhwalpost.in
indiana pa singles