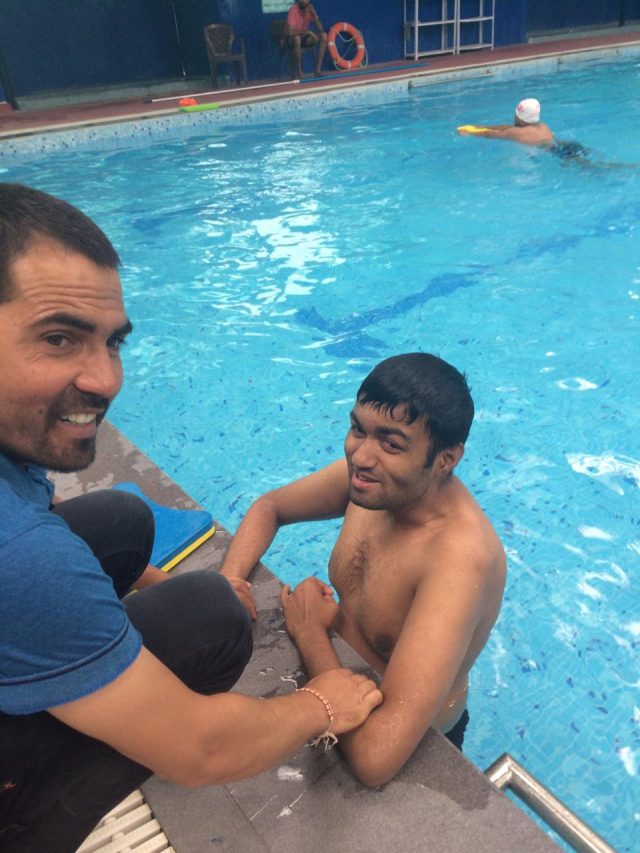 Dehradun, 30 May: Arunima is a project for adults with Autism and other developmental disabilities. It has been providing day as well as residential services to families for the past 8 years (since 2011) and works with 24 adults.
It has enrolled about 17 of its service users, whose disability varies across the spectrum, in swimming classes at Varada Academy. It fulfilled all the requirements and more, also disclosing which of its service users had mild epilepsy (as this condition can pose risks in a pool). Parents of the particular girls (2 out of the group of 17) also wrote letters to the owner of the swimming academy, taking personal guarantee for their daughters. The swimming sessions started and the service users were thrilled for whom water is therapeutic!
Within a few days the organisation was told that it had to change its time slots, and that the girls with epilepsy could not go into the pool at all. The slot had to be changed and all had to come in one group because some of the other clients were not comfortable swimming with ‘these people’. The owner was approached because it is often a lack of awareness that creates these obstacles. The owner was very understanding and some misconceptions were cleared (if one person gets a seizure then others around him/ her can also start getting seizures). Another letter was written on behalf of the organisation taking responsibility, agreeing that the girls with epilepsy would go into the kiddy pool till such a time that the pool authorities were comfortable about their going into the big pool. The organisation had sent sufficient staff, and had 1:1 support for those who have epilepsy.
It went well for a few days and then there were new demands from the academy – fees to be paid by the chaperones as well. This was finally clarified.
It was confusing to see that new issues cropped up regularly from their end, whereas Arunima was complying with all their requirements. It seems now that they were hoping that they would get frustrated by these endless conditions and drop out.
Finally, on 24 May, the staff was suddenly told that they had to change their slot again because of some preparation for competitive swimming groups. The owner was called up and explained that, one, they could not just be asked to change slots again and again and, two, going from 12:30-1:30 as they were now asking would disturb mealtimes and some of the users were on medication that required specific time slots.
The owner said the organisation was being rigid, that people were not willing to swim with them, and that they could not continue to do ‘charity’. While the first point regarding the unwillingness of people to accept them is a clear case of discrimination, the second point about charity was completely absurd as the organisation had paid the full group amount of Rs 2000 per person per month.
The organisation does not wish to malign anyone but it sees this as discrimination and harassment. The only ‘fault’ of these young people is that they are differently-abled. Some people say that they should have their own private pool so that no one raises objections, but that completely defeats the philosophy of inclusion.
The organisation is determined to stand up against such separation, and refuses to be bullied into accepting that it does not deserve the same services as other people. It is not asking for anything special, just fair treatment and acceptance.

Garhwal Post has established itself as a credible, balanced and forward looking newspaper in India. Based in Uttarakhand, the daily is read by the aware, socially and culturally responsible, high-income elite of society.
Contact us: info@garhwalpost.in
best dating site pune match dating free search