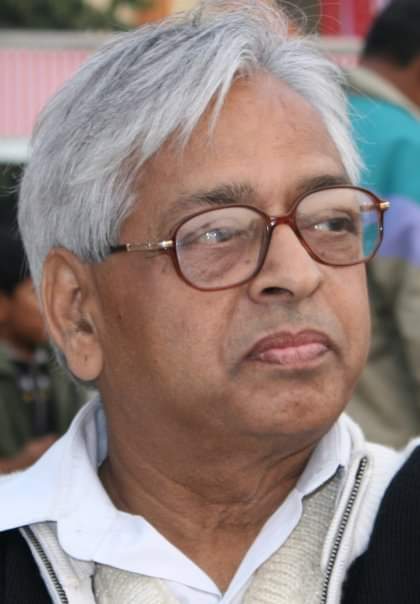 DEHRADUN, 15 Nov: Dr Kamalkant Budhkar, resident of Haridwar, passed away at the age of 72 on the morning of 14 November.

Born on 19 January, 1950, in Haridwar, Dr Budhkar always had a keen interest in Literature and Poetry. His contribution to journalism in Uttarakhand has been major, since the time he first covered the Kumbh Mela in 1986, after which the festival gained popularity and world attention. He was also a news reader on ‘Akaashvani’ and worked with ‘Doordarshan’ in his early days.

He taught Literature and Journalism for about 42 years, out of which he spent about 23 years, since 1992, teaching students in Gurukul Kangri University. The first teacher in the journalism department was Dr Kamalkant, partly because he started it. Amongst the famous litterateurs of Uttarakhand, he earned his place through his poetry and journalism with many newspapers in India, not to mention the more than twelve books he wrote. Famous poets of the country such as Harivansh Rai Bachchan, Baalkavi Bairagi and many more were very dear and near to him.

Satish Sharma, journalist and Editor of Garhwal Post, expressed his condolences to the family by remarking how dear he was as a leading journalist and the young generation must study his works!

Many of his students remember him as a very hospitable and kind person, always treating them to food and laughter. The journalist fraternity’s condolences go out to Dr Kamalkant Budhkar’s family.