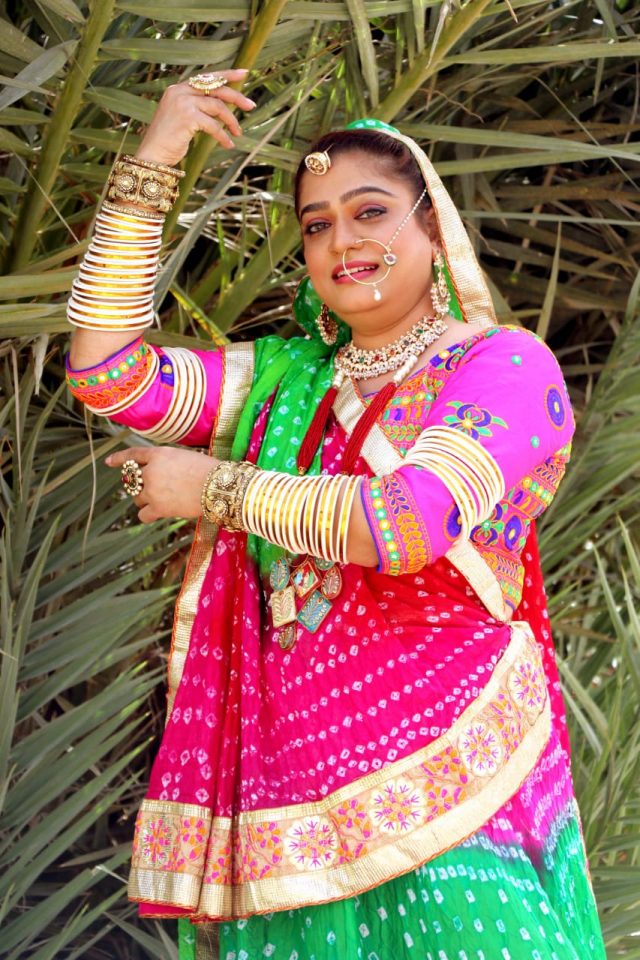 Mumbai, 15 Apr: Film and TV actress Ekta Jain recently visited the beautiful city of Jodhpur, Rajasthan. The actress, who has recently acted in a film titled Shatranj and has anchored many TV shows and also acted in them, dressed up like a traditional Rajasthani woman and posed for the cameras at The Ummed Hotel, Jodhpur.
Ekta said, “I am in love with the traditional culture and heritage of the state of Rajasthan. When you think of Rajasthan, you think of colours, ancient forts and palaces and picturesque locations across the state. Jodhpur is a beautiful city and it is filled with historical monuments, palaces and rich heritage. I also opted for horse riding lessons.”
Ekta Jain was dressed in a traditional Rajasthani dress- pink and green ghagra odhni with chudaas and sported beautiful accessories to go with it. She looked like a Rajasthani bride as she posed for pictures in the beautiful locations of the palace.
Ekta Jain is all set to be part of a big Bollywood film with a legendary star and the formal announcement is awaited. Ekta has also acted in Khali Bali and Trahimaam. She will be seen in Anup Jalota’s Satya Sai Baba 2, also.

Garhwal Post has established itself as a credible, balanced and forward looking newspaper in India. Based in Uttarakhand, the daily is read by the aware, socially and culturally responsible, high-income elite of society.
Contact us: info@garhwalpost.in
black dating website free best latino dating app