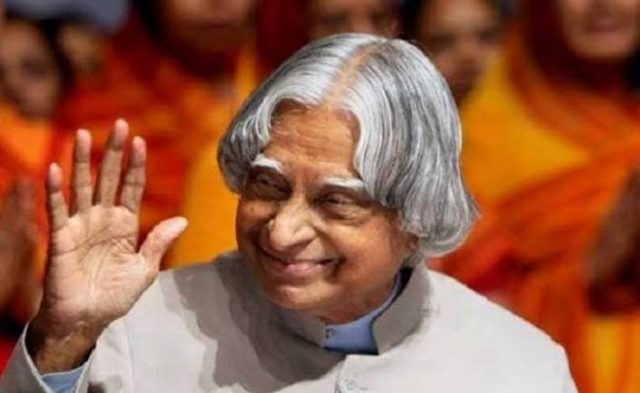 Scientist Sage (Rishi) APJ Abdul Kalam was the first vegetarian, teetotaler President, who was not a member of any political party or any religious organisation.
Yet, Kalam was the most popular President (2002-2007), who was elected unopposed in the largest democracy of the world.

Nirmala and I had known Kalam well over 25 years.
But how we came to befriend the scientist sage Kalam is an important story.

As Chairman of Science Policy Centre, Jawaharlal Nehru University, in 1982, I published “India’s Nuclear Estate”. That was the first ever authentic critical study of the Indian Nuclear Establishment. The publication documented the political considerations that overruled the scientific policy opinions. The cases of dynastic commercial dealings were listed by the whistleblower publication. Mrs Indira Gandhi ordered removal of the Chairman, and the Science Policy Centre in JNU was closed.
The cousin of Indira Gandhi, BK Nehru, was then the Director of the Nehru Museum and Library Teen Murti.
He told me in no uncertain terms: “We Nehrus rule this country. No one who criticises the Nehrus can work here (India)… Better if you go back to America…”

No JNU Professor or progressive intellectual in the country defended my academic freedom/rights. But the one scientist, APJ Abdul Kalam, and the then Leader of the Opposition, Atal Bihari Vajpayee, welcomed my critical findings and invited me for Science Policy discussions.

In 1998, I organised the Hiroshima-Nagasaki Exhibition at the Science Museum, New Delhi. Kalam was to welcome the Japanese Mayor of Hiroshima at the opening of the Exhibition. But, in the meanwhile, Prime Minister AB Vajpayee had ordered the Pokharan 2 Nuclear Tests.

Attalji was prophetic: “I agree 100% Dhirendraji, Nuclear Energy has no future…lekin ek dhamaaka to karna hai..”
Dr BD Nag Chaudhari, ex-Chief of the DRDO was then Vice-Chancellor of JNU. Both, Nag and Kalam concurred that the Nuclear Programme was rather “political”, lacked the scientific essentials.

After his retirement from DRDO, on 28 April, 2001, Kalam came for a vegetarian meal with us in Dehradun. Nirmala offered him homemade yogurt and simple food. That was the day when I wrote to Prime Minister Vajpayee and proposed Kalam’s name for President of India.

The rest is history.
For village children, Nirmala founded the “Shishu Chetna Kendra”. Kalam inaugurated the Kendra, and for the 50 children, the President sent gifts from the Rashtrapati Bhawan. He supported many social work projects by donating his pension and presidential salary to charities, orphanages, and the leprosy home.
No one would believe that the President, in his advanced age, went to the Amar Nath Cave at 14,000’ height on foot. He ignored the protocol, refused to take a dandi or horse, and as a common Yatri, offered his Prayer for Peace and Progress of the nation inside the Amar Nath Cave.

The wise sage (Rishi) Kalam was prophetic in his thinking and speech, thereby inspiring the youth. During his presidency, Kalam used to entertain the Members of Parliament and political leaders and lecture them at the breakfast table: “Work with the zeal born of the knowledge that the nation is bigger than individual interests and political parties.”
Once, a school girl asked him: Are you a Muslim, Tamilian, Scientist or the President of India?”
“I am a human being, that covers all the others..,” replied Dr Kalam.
But the humanist Kalam was a shrewd tactician with a vision and long term strategies for advancement in Science. Dr Kalam had forbidden ministers to see him off and welcome him with bouquets of flowers at the airport. A very proactive president, Kalam air-dashed more than 40 times, visiting the Indian states, and flown over Planet Earth’s five continents.

As the Commander-in-Chief, Kalam was the first President to have flown in the Jet fighters. He was the first President of India to have addressed the Pan-African Parliament in South Africa, and offered fifty million dollars grant to the African states for an integrated satellite, connecting 53 African centres with tele-education, tele-medicine, and e-services.

Under an Indo-Pan African partnership, African universities, hospitals, and rural areas would be linked through a satellite system supplied by India to the African countries.

Kalam paid a historic visit to the Robben Island Prison where Nelson Mandela was interned for 26 years.
When I questioned his missile expenditure, Kalam agreed to bridge the urban-rural divide by application of IT and e-governance. Kalam launched the ‘Providing Urban Amenities in Rural Areas” (PURA) Science Policy Programme. He agreed to link the war-science systems to civil sector engineering and used the war missile programme for peaceful space-exploration. The ‘Tiranga’ was landed on the Moon and the Manglayan Mars Orbit mission was completed.

Kalam treated Nirmala as a sister and, on his last visit when bidding good-bye (on 28 April, 2015), he offered his sister a shawl. It is a coincidence that Kalam took his last breath on Nirmala’s birthday, 27 July, 2015.

(Prof Dhirendra Sharma is a senior scientist and lives in Dehradun in Purkul. He has worked with Kalam and was his good friend. Kalam visited his residence when he was the President of India.)