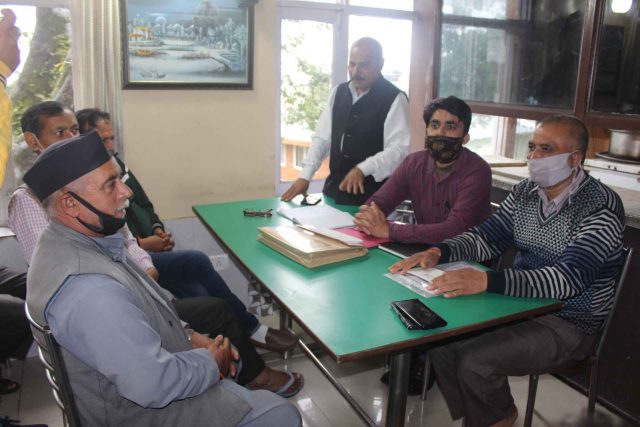 By Our Staff Reporter
Mussoorie, 21 Aug: A meeting was held by the Homestay Association in Mussoorie on the problems faced by them. The action being taken by the Tourism Department regarding renewal of homestay licences was strongly opposed. It was pointed out that all the homestays of Mussoorie were closed during the Corona period, so the licences could not be renewed in time.
It was stated that the officials of the tourism department are asking for all the homestay papers and maps to renew the licences, which was wrong as per the rules. They had already submitted papers under all the rules issued by the government. In such a situation, homestay operators were being harassed for renewal, due to which they were very upset.
It was decided that, soon, the office bearers of the Homestay Association would meet the officials of the Tourism Department and the Minister of Tourism to raise their problems.
Devi Godiyal, President of the Association, said that the homestays operated across the state under a government-funded scheme. Many facilities were provided by the government to the homestay owners, but at present they were facing huge problems. He said that the licences of many homestays had expired and they were facing problems of renewal. They are having to visit Dehradun for renewal of licences, while in the past the officials of the Mussoorie Tourism Department dealt with the issue. He said the officials were harassing them, causing much outrage. He had sought an appointment with the District Tourism Officer to discuss these issues.
According to the District Tourism Officer, he would soon hold a meeting with the homestay operators and whatever problems they had would be resolved as per the rules.
Present on the occasion were Baldev Rawat, Balwant Singh Jadwan, Anupam Singh Negi, Manipal, Ranveer Singh Panwar, Harendra Dabla, Kuldeep Negi, Ramesh Bhat, among others.