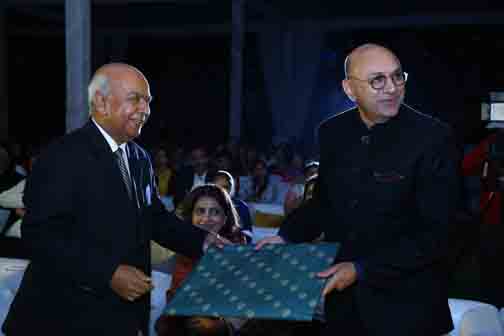 Dehradun, 24 Oct: The salubrious and serene campus of Kasiga School reverberated to myriad colours and sounds on the occasion of its 12th Annual Day celebrations. The day began with the Annual School Fete, at which a number of interesting games and food stalls attracted the students and their parents alike. The cultural programme in the evening began with the welcome of Chief Guest Tarun Vij, a luminary in the health and nutrition sector. He is the India Country Director at Global Alliance for Improved Nutrition (GAIN). The school also welcomed its founding family headed by the Chairman, Ramesh Batta, his wife Poonam Batta, Director, Finance and Administration, Siddharth Batta, and Director, Welfare, Chandni Batta. 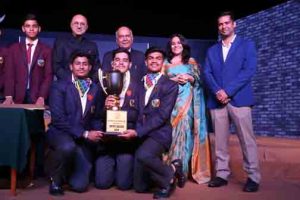 A welcome was also extended to the leaders of the school – Head of School Sonali Sinha, and the Deputy Head of Academics, Jose Tom. This was followed by lighting of the ceremonial lamp by the dignitaries present. The musical extravaganza was a sheer display of talent through a medley of electrifying compositions. ‘We are the Champions’, the hard rock composition, was followed by the Indian orchestra reconstructing the magic of the theme harmony of ‘Game of Thrones’ as a fusion exquisitely based on Hindustani Raag Darbari. The School Annual Report was presented by the Head of School, Sonali Sinha, highlighting the laurels won by the school and the varied activities the Kasigans are exposed to in the pursuit of holistic development. The Kasigan livewires presented a lyrical spectacle replete with grandeur and grit to endorse the lovely compositions of the immortal bard, Rabindranath Tagore. Abhisaar, a dance-drama conceptualised and choreographed by the Odissi danseuse, Sharmila Bhartari, showcased Rabindra Sangeet composed by Tagore. The school yearbook was released by the School Chairman, Ramesh Batta, Chief Guest Tarun Vij, Head of School Sonali Sinha and the editorial team. The school felicitated the achievers of the session 2018-19 and in recognition of their outstanding performance and dedication, the scholarship awards were proudly presented to Shreesh Khadka, Priyanshu Raghav, Naina Agarwal, Adheesh Vibhuti and Samanir Imchen. Shreesh Bakshi was conferred the Scholarship Award for Excellence in Sports 2018-2019. The Cultural Cup, the Academic Cup and the Best House Trophy all went to Everest House. Chief Guest Vij addressed the gathering and motivated the youth to uphold noble values. The students presented Timeless Tales, directed by Sudeep Modak, an actor–director known for his work in Theatre and Television, and choreographed by Pooja Pant, a reputed Kathak exponent known for her choreography in popular musicals. ‘Timeless Tales’ is a collage of three great classics written by legendary authors to celebrate Indian writing. The first presentation was RK Narayan’s ‘A Tiger in Malgudi’, a story which displays the tension that ensues when a tiger from a circus tent accidentally enters a school in Malgudi. Rabindranath Tagore’s ‘Last Rites’, which is a hilarious satire on human nature and its trivialities as the sons of the family patriarch plan a premature funeral for their mildly sick father, was presented next. Saadat Hasan Manto’s, ‘Titwal ka Kutta’, a powerful biographical metaphor about a dog in search of his national identity, was stupendously enacted by the students leaving the audience spellbound. Deputy Head of Academics Jose Tom proposed the Vote of Thanks at the culmination of the evening.

Garhwal Post has established itself as a credible, balanced and forward looking newspaper in India. Based in Uttarakhand, the daily is read by the aware, socially and culturally responsible, high-income elite of society.
Contact us: info@garhwalpost.in
https://garhwalpost.in/best-dating-app-for-single-mom/ https://garhwalpost.in/dating-for-professionals/ best dating apps for celebrities