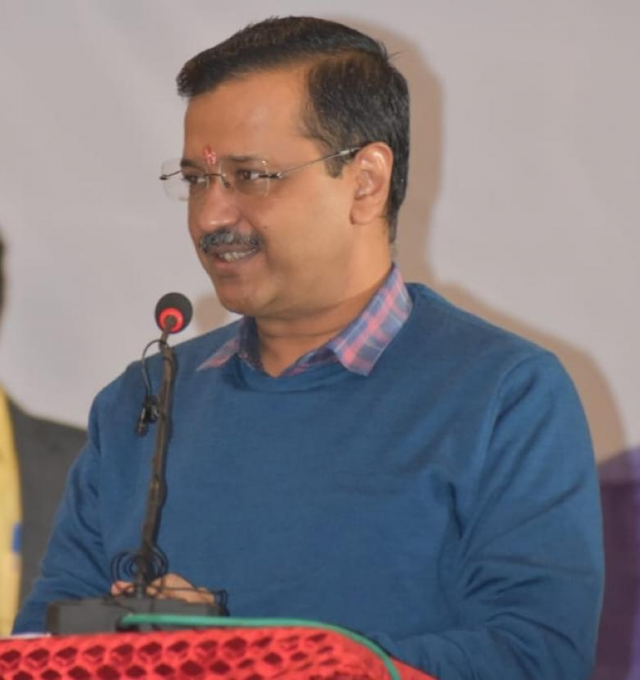 By Our Staff Reporter
Dehradun/ Kashipur, 14 Dec: Aam Aadmi Party’s National Convener and Delhi Chief Minister Arvind Kejriwal said today that every woman above 18 years of age would be given Rs 1000 every month if his party’s government is formed in Uttarakhand. He also said that the AAP Government would create six new districts in the state as the demand for separate districts of Kashipur, Ranikhet, Didihat, Kotdwar, Roorkee and Yamunotri has been pending for long.
Kejriwal reached Kashipur this afternoon to address a public meeting at the Ram Leela Maidan. Kejriwal said that the BJP and Congress had only deceived the people of the state. In this election, women would not allow any of these parties to come to power. They would form an AAP government this time in the state.
Kejriwal added that, focusing on the rural women living in the hills of the state, many welfare schemes would be started for them. Attacking the BJP government and the Congress, Kejriwal said that no government of Uttarakhand had worked so far for the uplift of women. No concrete steps had been taken for their welfare. He claimed that there was no planning by the government for development in Uttarakhand.
Kejriwal claimed he was sure he would be abused by his political opponents as soon as they would come to know of his promise of a Rs 1,000 guarantee for every woman of the state. They would ask from where the money for this would come. He said that the total expenditure involved in this would be only Rs 300 crores per annum, while the annual budget of the state was over Rs 55,000 crores. Without corruption, it would be easy to manage this expenditure.
The meeting was also addressed by Col Ajay Kothiyal (Retd), who is the AAP CM candidate.

Garhwal Post has established itself as a credible, balanced and forward looking newspaper in India. Based in Uttarakhand, the daily is read by the aware, socially and culturally responsible, high-income elite of society.
Contact us: info@garhwalpost.in
https://garhwalpost.in/dating-app-for-fetish/