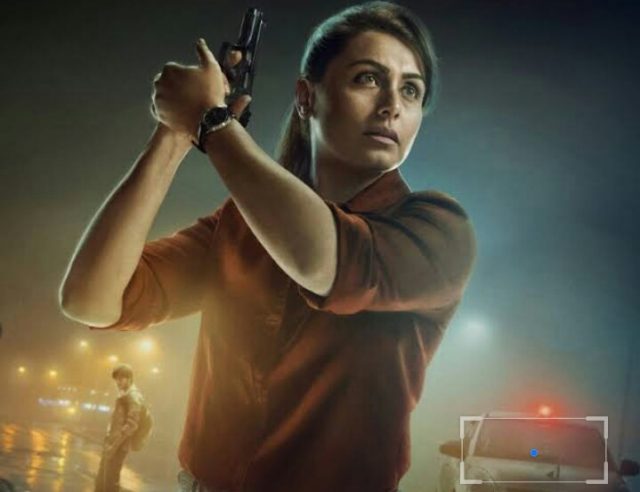 Five years back when I stepped out of the hall after watching Mardaani, a strange confidence gripped me as a woman that was never felt before. I came out infused with a unique empowered feeling. Viewing the zero intolerance shown by Mumbai cop, Shivani Shivaji Roy (Rani Mukerji), towards the antagonist involved in child trafficking racket, beating him to a pulp, was an exhilarating experience. The super cop is back in Mardaani 2 with full vigour and anger against the wrong doers. This time the action is in Kota where she is chasing a psycho rapist and murderer who outruns her till the end with his razor-sharp mind. The end can be anticipated but the way characters play their part makes it an engaging thriller. The film comes at a time when the country is plump with fury against women offenders and watching Rani doing it for them with utmost devotion and sincerity is cathartic. As a woman, we all have, at some stage been burnt with frustration by the prying eyes of men, have felt disgusted at the idiotic remarks on street that agonise the self-esteem, but most of us just let it pass. The fear of encountering an untoward event in darkness, the cautiousness in the choice of clothes, the thoughtful picking of timings of work and amendments to be made by a woman in a country that wears the title of rape capital of the world; all this is a heavy weight to carry. Despite being educated, trained and holding good posts, women are still a vulnerable target to the society’s careless bantering and misogynist attitude. It is highly debatable to even compare a daring woman with a man by calling her mardaani. I had an objection then and I have an objection now but the brilliant writing through a well written speech made by Shivani Roy during a TV show in the film becomes the inner voice of all the women. Shivaji Roy takes charge as SP Kota, the coaching capital of India. The town is gripped with brutal rape incidences. Filled with more sharpness, more empowered as IPS and filled with more agility and prowess, she takes up the challenge to book the rapist. The film straight away introduces us to Sunny, the rapist, a mentally disoriented young man whose predisposition is mainly due to a past dark incident in his life. He is prowling for a prey all the time, self-set to put women in place, especially the brash ones. For him raping an independent and confident woman gives a kick. His brutality and aggression is bone-chilling. The eerie music that starts playing seconds before he emerges on screen is discomforting. His cool plans, confident attitude and barbaric way of handling the victim is unnerving. The animal in him has no hitch in tearing off the flesh from the cheeks and other places of the victim, inflicting deep injuries and bruises on the target’s body and finally beating them to death. He loves challenges. Shivani addresses the press to catch him and drag him to court. This is enough to hurt his ego and she is on his list. From here, the cat and mouse chase begins. If she is smart, he is wickedly smarter. He slips from her hands many times. He is daring. He stays back in Kota even after his video is viral on social media continuing with his maniacal crimes. The film is engaging, dialogues are crisp yet the plot is unconvincing at various places. The director Gopi Puthran lets us relate with Shivani as a woman who is in authority yet vulnerable, who has to handle office as well as manage the silent currents and unacceptance from few of her male chauvinist subordinates. The kind of remarks they made are outrageous. Interestingly, even her boss subtly gives her certain conduct rules to follow as a woman in strong position. Rani is brilliant in her zone. The polished actor in her maintains stern voice and commanding body language. She wears crisp linen shirts, has sympathy in her eyes for other humans and a strong will to punish the culprit. Rani has done this before and this time does it even better nowhere overdoing her part. The best thing that happens for Mardaani 2 is the discovery of debut performer, Sunny (Vishal Jethwa). He astonishes everyone with his stupendous performance. His rustic Rajasthani accent, un-apologetic attitude, his villainous light-coloured eyes that have terror, hatred and lust for women, his uneducated demeanour, savagely cruel way of dealing with victims and the backing of a sharp mind; all have been brought to surface in his personality by this terrific performer. ‘Nackchadi laundiya speciality hai meri’, says everything about this sick man. This younger artist outshines Rani. It is a pleasure watching him perform immaculately in this dark role. What a find! He is quite opposite to the educated and sophisticated antagonist in the prequel played by Tahir Raj Bhasin, yet shines in his zone. Rajesh Sharma, Sumit Nijhawan and all other supporting cast lend the needful support genuinely. Ajay Sharma and Subhash Soral, the line producers of the film, helped adequately for shooting of the film in Kota. Mardaani 2 is a socially relevant film, never gives a dull moment with constant emphasis on gender inequality and bias. It justifies itself with an equally befitting climax, convincing speech and mind-boggling statistics of crime against women. This film needs a must one viewing by all to understand the psychology of serial rapists, police credibility and the victim’s plight.