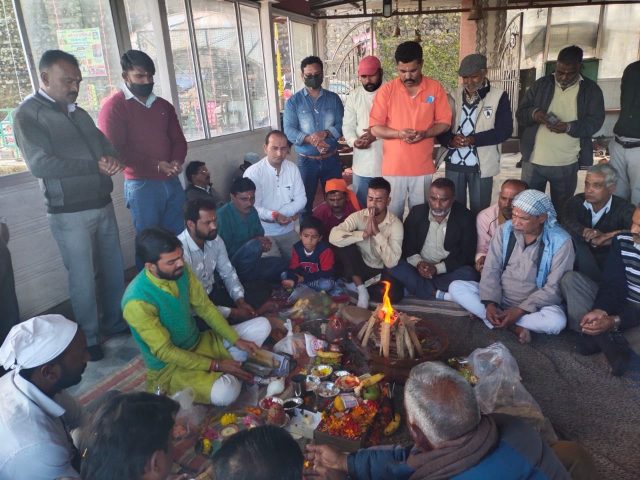 By Our Staff Reporter
Mussoorie, 19 Oct: The founding day of Maharishi Valmiki Temple located near Mussoorie Library, Kempty Road, was celebrated with pomp here today.
On this occasion, the priest of the temple offered prayers and performed a havan. A bhandara was also organised on this occasion. People of the city along with the Valmiki Samaj accepted the prasad.
Temple Committee Convener Niranjan Lal said that it has been 18 years since the Maharishi Valmiki Temple was established. Every year, on this day, a Havan is organised and a Bhandara held.
Also, a huge procession was traditionally organised, but for the last two years this had not been done owing to Corona restrictions. This year, too, this necessary precaution was taken. He said that the Doli of Maharishi Valmiki would be taken out from the temple to Ambedkar Chowk.
Sonu Sood said that Maharishi Valmiki created history by composing the Ramayana. Ramayana is very important for Indian culture. All should pay attention to the education of society.
Social worker Pandit Manish Goniyal said that the members of Valmiki Samaj had served on the front line during the Corona period, for which the entire country was indebted to them.