By OUR STAFF REPORTER
Dehradun, 15 May: Having performed a first of its kind breakthrough procedure called POEM – Per Oral Endoscopic Myotomy, Max Hospital Dehradun has once again emerged as one of North India’s most advanced healthcare providers for treating and managing various complicated disorders.
Experts from Max Hospital described a revolutionary technique to treat swallowing disorders and issues of the esophagus/food pipe.
The 60 year old woman suffered from Achalasia Cardia, a rare disorder that makes it difficult for food and liquid to pass normally through the food pipe. It was treated by using Endoscopy instead of open surgery, recently. The elderly patient developed this condition in the last 4-5 years and an open surgery to correct the “blockage” in the food pipe seemed to be the only solution.
Achalasia is a condition in which smooth muscle fibers of the esophagus (food pipe) fail. There are no known causes for developing this condition. Due to this failure, lower esophageal sphincter remains closed causing difficulty in swallowing, occurrence of regurgitation (reflux) of food and a spasm-type pain.
A tunnel is made in the esophagus between the mucosa and the muscle layer, which extends into the stomach. This is done through an endoscope with a special knife. Then the muscle layer is cut to relieve the obstruction.
The opening of the tunnel is then closed with clips.
The procedure relieves the blockage and allows the esophagus to empty like it normally should to pass food down into the stomach. This generally takes 2 hours and the patient can go home within 24 hours of the procedure. The benefit of having an endoscopic procedure over surgery, especially for swallowing disorders, is that there are no incisions in the chest or abdomen and includes a minimal or sometimes no hospital stay post-procedure.
Currently there are only a handful of centres in India offering this less-invasive approach to treating swallowing disorders. The technique originated in Japan and it has been performed in the United States for the past five years. Generally the endoscope has been utilised as a diagnostics tool to visualise, take biopsy in order to facilitate diagnosis (finding out disease). But, today, it is possible to penetrate the wall of the gut and perform various procedures which were earlier supposed to be only operable by a surgeon.
Dr Ravikant Gupta is, both, a Surgeon and an Endoscopist by qualification. This unique combination makes him adopt an Interventional Approach during endoscopy making him an Interventional Endoscopist. 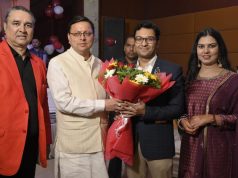 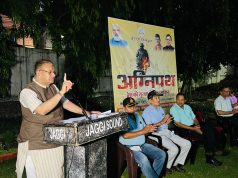 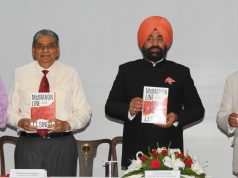