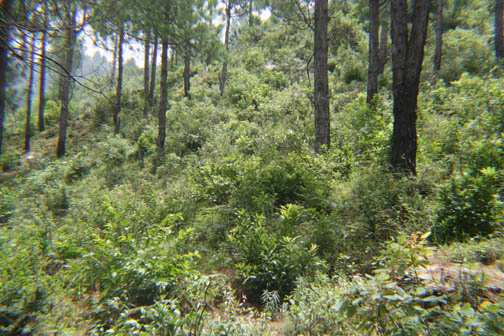 A number of species of pines exist, most seeming similar to each other to the layman. Of these pines, the Pinus roxburghii or the Chir Pine has been in the news a lot for the past year in the state of Uttarakhand. Numerous newspaper articles have been written on the ill-effects of the chir forests of our state, particularly of chir being a fire-hazard. Overlooked in these so-called articles meant to create awareness amongst the general public on forests and wildlife is the fact that forest fires do not start naturally in our state but rather are the direct result of either miscreants setting fires in or near forest areas, or the result of human activity and not the chir forests themselves.
In fact, the municipalities in many of our hill towns indiscriminately dump tons of waste near pine forests and set these garbage dumps on fire regularly, causing fires to spread into wonderful chir forests causing immense damage during the fire season.
Further with ill-planned development being a norm in our state, chir forests are seen as detrimental to development lobbies as forests in our country are afforded protection by our forest laws. Removing these forests is an ideal situation for such development lobbies but with a ban on felling of green trees over 1000m in forest areas, many coffers cannot be filled – so the easiest way to “make space” for development is to torch a forest.
Adding to its woes is the fact that burnt trees do not need a permit for felling. In fact, in many chir pine trees only their outer bark has burnt during these instances of manmade fires, but they are still classed as “burnt trees” requiring no special permits for their removal. This obviously provides an easy way to a lot of income for the timber mafia – just some food for thought.
While the government at present has been advocating the felling of chir forests across the state, they have not for obvious reasons informed the public as to how much money will be earned from such an operation by the sale of timber and neither have they informed as to whether this “freed –up” land will be afforested or given over to commercial development.
Of course, as by hook or by crook is the order of the day for sacrificing forests, the good that the species does is over-looked. Many chir pine trees grow on rocky outcrops devoid of surface soils that other species need. This acts as a valuable natural break to water flows and run-offs during the monsoon safeguarding downstream agriculture fields, villages and hill towns from the harm of water flows and hill slope de-stabilisation.
Numerous valuable species also grow in association with the Chir Pine. Ongoing research on chir pine stands in the private forests of the Gadoli and Manda Khal Fee Simple Estates by Subir Mario Chowfin show valuable associations between Kafal and Chir – a phenomena that has not been taken into account by advocates of the “Chir is Bad” movement.
Certain wildlife too depends on the Chir tree like the globally endangered Cheer Pheasant which is endemic to the Himalayas.
Perhaps, the government would do better by protecting this natural resource specially from human–induced forest fires than destroying it, though one is often made to wonder in such situations if the English saying – “It’s only for the money, honey” is more the rule of the day. As for me, I see more benefits in our Chir stands than what is made out, though I guess in the end – money talks.

No Horses in Dholavira? 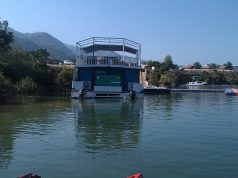 Why The Inland Vessels Act, 1917, has been amended 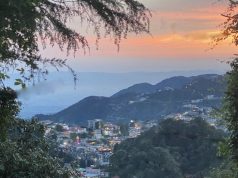