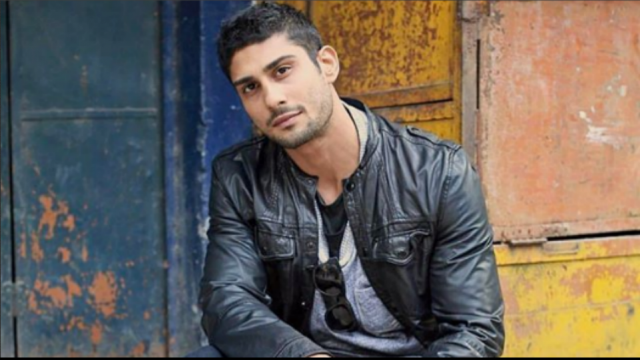 Actor Prateik Babbar plays the angry young police officer in the upcoming web series “Chakravyuh: An Inspector Virkar Crime Thriller”. He claims to have done all the action sequences by himself and adds that he was inspired by Australian actor Chris Hemsworth in his last release “Extraction”, in this context.
“In the show we have tried to do actions that are raw, rugged and real, and we got the inspiration from Chris Hemsworth’s ‘Extraction’. So yes, the action is very much like ‘Extraction’. I really put a lot of hard work and real-time action,” Prateik told IANS.
In the trailer, one can see a few of Prateik’s action sequences. The actor goes shirtless and flaunts a well-toned body.
“I wish that after watching the show, I can inspire our amazing hardworking police force to hit the gym, exercise and feel fit, look good. They already do so much for our protection, with a well-built body they are going to look real-life heroes by all means!” he said.
The story of the show revolves around the investigation of a mysterious murder, and involves dark web.
Emphasising the relevance of the story in the present time, Pratiek said: ” We all know that social media is such an integral part of our life and we get connected with so many people, communities through social media. There is a lot of positivity social media has to offer, but there is the flipside of toxicity, too. We know about trolling, abusive language, and negative content. In our show, we address the dark web, in which the crime rate is increasing. Innocent people are being exploited, even murdered, and when they enter that cycle they just do it unknowingly. I hope, after watching the show, people become more aware and conscious. The virtual world is part of our life but we really have to use the power of it responsibly.”
The show, also featuring Ashish Vidyarthi, Shiv Panditt, Simran Kaur, Ruhi Singh among others, streams on MX Player from March 12.

Garhwal Post has established itself as a credible, balanced and forward looking newspaper in India. Based in Uttarakhand, the daily is read by the aware, socially and culturally responsible, high-income elite of society.
Contact us: info@garhwalpost.in
dating websites in nairobi https://garhwalpost.in/most-successful-hookup-site/ https://garhwalpost.in/apps-to-hook-up-with-trans/