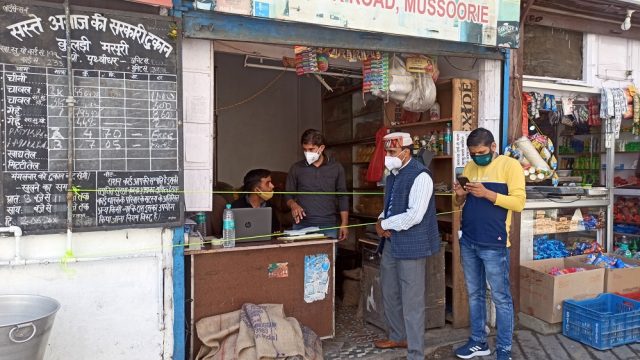 By Our Staff Reporter
Mussoorie, 2 Jun: An intensive inspection campaign was carried out in the ration shops by officials of the Food Supply Department, here, today. The wheat, rice and pulses being given to the consumers were checked and were found to be of good quality.
Food Supply Officer Vivek Sah instructed all the ration vendors that there should be no shortcoming in supplying ration to the consumers. The government’s scheme on rations was to be properly implemented. Strict action would be taken against violators.
While talking to reporters, Vivek Sah said that the Food Supply Department has been monitoring the stock along with the quality of rations by conducting inspections from time to time in the ration shops across the state. Action is being taken against the ration dealers for irregularities. He said that, taking cognisance of the complaint on poor quality of rice in the past, the rice was brought back to the godowns from all the ration shops in Mussoorie, in exchange for good quality.