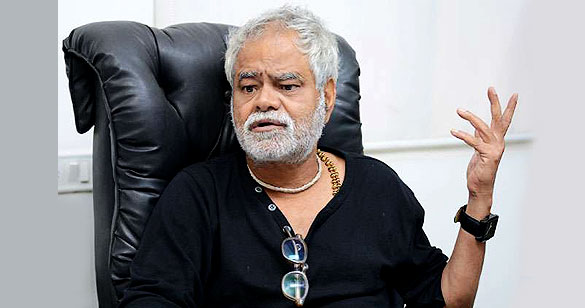 National Award-winning filmmaker Shalini Shah is set to release her feature film ‘Samosa And Sons’ on OTT platform.
The film stars actor Sanjay Mishra and actors like Brijendra Kala, Neha Garg, Jeetu Shashtri, Meera Suyal, Rachna Bisht, Minal Sah among others. The film has been shot during the pandemic, keeping all the COVID protocols in mind.
Speaking about the film, Sanjay Mishra said, “Last year we were all amid a pandemic and situation was very grave at that time, we didn’t know what will happen in the future, slowly and steadily things started to streamline. With God’s grace we shot a beautiful film called ‘Samosa & Sons’, not only is the film beautifully woven but all of us have worked extremely hard on it.
‘Samosa and Sons’ call for an average Indian man’s irrepressible longing for a son and the age-old patriarchal conditioning that informs it.
The film highlights the issues faced by Indian society and puts forth a thoughtful message that however modern you are in your thoughts there are certain things that bind you.
Speaking about the film director Shalini Shah said, ” Light and entertaining in its tone, ‘Samosa and Sons’ is a satire on the hypocrisy of our society that tries to conceal the desire for a son, but fails.” The film is written by Deepak Tiruwa.
Shalini has won the National Award for her documentary ‘From The Land Of Buddhism To The Land Of Buddha’. “The situational comedy becomes the apt tone to talk about the deep patriarchal conditioning in all of us,” she added.
Talking about Sanjay Mishra’s acting prowess, she said, “The ghost part is comical and no better choice than Sanjay Mishra.”
Set in a scenic hill town of Uttarakhand, the film traces the life of a submissive samosa shop owner Chandan Koranga (Chandan Bisht). Chandan sees his dead father’s ghost (Sanjay Mishra) every night who brainwashes him into desperately wanting a son.
Father to a seven-year-old girl, Chandan is scared to share the wishes of his dad’s ghost with his way more progressive wife Dhwani. Will Chandan realise that it’s no ghost but his own subconscious conditioned by years of patriarchy that is dominating his thoughts and actions?