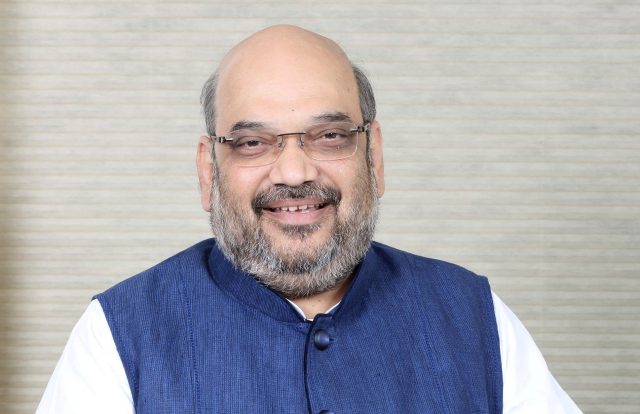 By Arun Pratap Singh
Dehradun, 28 Oct: Union Home Minister Amit Shah will kick off BJP’s poll campaign in Uttarakhand on 30 October by addressing a public rally at Bannu School Grounds in Dehradun. During his stay, Shah is also scheduled to launch the Chief Minister’s Ghasiyari Kalyan Yojana and PACS Computerisation Programme. This programme would be telecast live across the state at around 950 places, according to State Cooperatives Minister Dr Dhan Singh Rawat. It may be recalled that, recently, the Government of India had established a separate Cooperatives Ministry and the charge of the ministry was handed over by PM Modi to Union Home Minster Amit Shah.
Sources in the BJP claimed that, apart from his official engagements related to launch of Ghasiyari Kalyan Yojana and the PACS Computerisation Programme under which records of over 650 PACS committees would go digital, Shah will hold political meetings too with state level senior BJP leaders. He will meet the state’s top BJP office bearers and speak to them in regarding preparations regarding upcoming assembly polls in the state.
Today, incidentally, BJP’s high profile National General Secretary Kailash Vijayvarghia was also in Dehradun. He called on Chief Minister Pushkar Singh Dhami. Both the leaders are understood to have discussed upcoming assembly polls though, officially, the meeting was described as a courtesy call by Vijayvarghiya.
Meanwhile, the state and the district administrations are already busy with the preparations for the visit and the rally of Union Home Minister Amit Shah. This would be the first big public rally in the state in for the upcoming assembly polls. It may be recalled that no large public rallies have been organised in Uttarakhand over the past two years in the wake of Corona pandemic. Hence, the upcoming rally will be the first formal kick-off to the poll campaign of the ruling party.
Cabinet Minister Dhan Singh Rawat, who holds charge of Cooperatives as well as Protocol, also chaired a meeting at his office regarding Shah’s visit on 30 October. Shah is likely to reach Uttarakhand on 29 October but will spend the first day in Rishikesh and Haridwar.