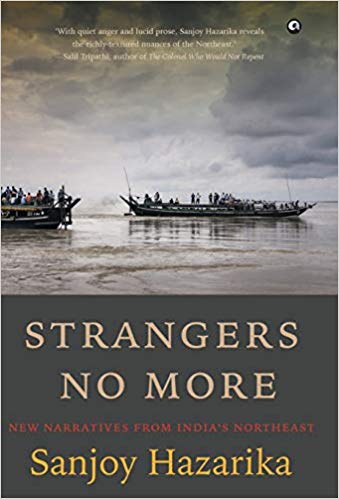 (By Sanjoy Hazarika – Nominated in the category of English Non-Fiction for the REC-VoW Book Awards, 2019)

Excerpts from the interview with Sanjoy Hazarika 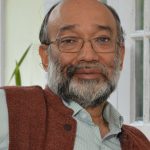 Q: The defeat of Irom Sharmila in the state election of 2017– would I be wrong to think that perhaps her defeat was because people had disbelief in her ways and felt that maybe someone with the knowhow of politics and access to money would be a better answer to solving their issues? Gandhian principles do not work in this country anymore?

A: I think the fact is that people were taken aback by her sudden decision — although she has, in my view, a right to live her life as she wanted, as an individual — especially the sense that she was settling down with an “outsider” of whom little was known at the time. There was a deep sense of anxiety about who would carry on the struggle because Irom Sharmila had become known as the Iron Lady, who represented the resistance to AFSPA. Well, we have found the answers in that the Supreme Court has pushed the CBI to deepen the investigation into 1,528 “encounter” deaths in Manipur demanded by the Extra Judicial Execution Victim Families Association. It has also given ringing rulings on these issues. I have faith in the courts even though they are overburdened and the pace of justice appears too slow. Sometimes, it’s just the only resort when other institutions fail, they assert principles, uphold rights and demand accountability and transparency of the government and duty bearers.

Q: Manorama’s story somehow made me connect it to Nirbhaya’s, the way their bodies were mutilated. It made me sit up and think whether gender sensitisation in the armed forces is something that the Government of India has totally missed or is misinterpreting, as violence of this magnitude towards women has been unheard of in the North East.

A: I think this attitude among the armed forces is changing — although much more needs to be done, not just among the armed forces but also in the police. Gender violence is not just related to conflict but also seen in its aftermath: issues of PTSS and PTSD go unaddressed in all states and communities which have faced conflict and harm at the hands of the State and also of the armed non-State groups. That is where counselling and care giving is crucial, especially among women and children who bear the brunt of the internecine clashes as well as those between the state and non-State actors. Today, conditions are not what they were 20-30-40 years ago when the insurgencies were powerful and at a peak. On the whole, a tenuous peace holds on the whole as far as the rebel groups are concerned and many are in talks, in detention or observing cessation of hostilities. So there’s less pressure on the armed forces and even the areas under AFSPA have been reduced. The challenges are coming from other areas such as ethnic mobilisation, fears of discrimination and identity politics.

SANJOY HAZARIKA is currently International Director of the Commonwealth Human Rights Initiative (CHRI), New Delhi, which has offices in London and Accra. Hazarika is a human rights activist, columnist and an award winning former reporter with The New York Times. He is the Founder – Director of the Centre of North East Studies and Policy Research at Jamia Milia Islamia, member of the Justice Jeevan Reddy Committee to review the Armed Forces Special Powers Act (AFSPA), and former member of the National Security Advisory Board. He has made more than a dozen documentaries on human rights and conflict. He also designed and developed the unique Boat Clinics initiative in 2005 on the Brahmaputra which provides lakhs with regular health care. Journalist and editor, Hazarika is regarded as an expert on the North East. For the complete interview, log onto www.valleyofwords.org 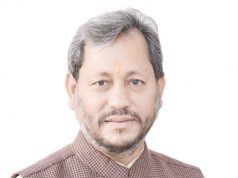