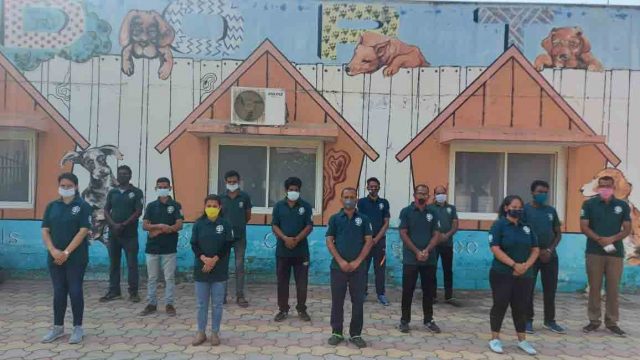 Dehradun, 11 Dec: The street dog population in Dehradun has been reduced by 32%. This decline follows a programme carried out by Humane Society International/India through a high-volume and female dog-centric ABC programme in the city.
A biannual monitoring survey by HSI/India has revealed that there has been a decline of street dog population in Dehradun by 32%. The survey carried out in October 2020 showed that 26,399 street dogs have been successfully sterilised and vaccinated, of which 13,895 are female dogs and 12,504 are male dogs.
HSI/India started its Animal Birth Control (ABC) programme in Dehradun in November 2016 with its objectives to control street dog population, reduce the human-dog conflicts and improve the welfare of street dogs. Till date, the programme has conducted spaying, neutering or sterilisation of high proportions of dogs – 80.4% in the core Dehradun zones and 70.3% in the adjacent and newly added zones in the West and East, changing the dynamics of the dog population growth and improving the lives of dogs and humans.
Keren Nazareth, interim Director for HSI/India’s Companion Animals Program reports, “Through the work in Dehradun, we have been able to show that mass sterilisation and vaccination can humanely bring down population growth in street dogs. This in conjunction with intensive community engagement has the possibility of becoming a model project that many cities in India can learn from. We are thankful to our community volunteers and government partners for their support to improve animal welfare in Uttarakhand.”
Dr DC Tiwari, Senior Vet, Dehradun Nagar Nigam, adds, “No doubt the population of street dogs has been controlled to a great extent in these years. But I also request people of the city to sterilise their pet dogs along with getting them registered with breeding details at the Nagar Nigam to prevent unwanted puppies on streets.”
The key findings are: The street dog density has declined by 32% since October-2016. As many as 80.4% dogs are sterilised in Dehradun’s old wards (core town) and 70.3% in new wards. Lactating females have declined by 75.0% (compared to October 2016), Pups declined by 55.0% (compared to October 2016). The ABC programme continues to keep skin infections in dogs low. Dehradun is going to be the new nodal facility for ABC programs. It will also have its dogs sterilised through the Dehradun ABC facility, which will be managed by HSI/India.
Humane Society International/India currently runs animal birth control programmes in Uttarakhand, Vadodara and Lucknow, all in association with the local Municipal Corporation and state animal welfare board. Animal Birth Control Programmes are the only legal method of controlling street dog population. In addition to animal birth control programmes, HSI/India also carries out a community engagement programme called Abhay Sankalp in neighborhoods across the city to understand their concerns regarding street dogs and facilitate a better understanding of rabies, dog behaviour and other aspects of street dogs living in each neighborhood.