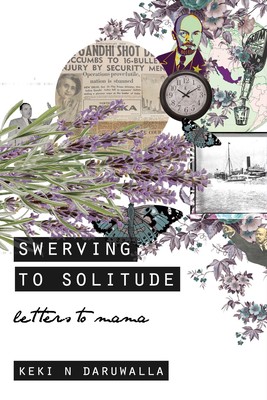 (By Keki Daruwala. Nominated in the category of English Fiction for the REC-VoW Book Awards, 2019)

Excerpts from an interview with Keki Daruwala: 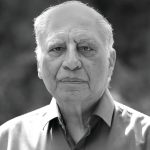 Swerving to Solitude is a piece of historical fiction, or, as you’ve said in an interview with First Post, ‘you use history as a backdrop’. How or why did you choose the time period of the Emergency?

The novel is not strictly historical fiction. The two lives of Seema and her mother, Shail, are underpinned to a political backdrop. Shail’s father moves to Canada, then after the Komagata Maru incident to Mexico, where Shail, who is good at Spanish, becomes MN Roy’s Secretary. The daughter confronts the Emergency. This confrontation can also be taken as an allegory of what is happening today, but such things are never made explicit. The novel says what it says, through the medium of its own craft, not through political speeches.

The narrator and protagonist of the novel, Seema, highly condemns the emergency imposed by Indira Gandhi. You yourself returned your Sahitya Akademi Award. What are your views on resistance as a form of social change in a dire political climate?

Resistance is a part of democracy and the kind of polity we live in, especially if institutions designed to foster the arts (like Academies) do not stand up for murdered artists. It showed sheer cowardice. Politics will win, but the backbone of resistance must remain strong.

In the chapter ‘Editorial Perils’, you narrate a scene wherein Shweta is in dire straits because she writes about a scandal with a Dera chief. Can you tell us about laws related to freedom of speech during the time of the Emergency?

During the Emergency, there was hardly any law. The justices of the Supreme Court had all caved in, except one, Justice Khanna. In the novel, you need to take this episode in a lighter vein. I thought the stupidities of our politics are highlighted here.

You talk about MN Roy, founder of the Communist Party of India, who wanted to open a new form of ideology at the cusp of liberalism and communism. Can you tell our readers more about this ideology and its relevance in contemporary times?

I don’t wish to talk about this. The journal has said sufficiently on him. He started out as an activist, tried bringing a German ship laden with bombs into Bengal, turned towards communism, thinking it was utopia. Argued with Lenin, who respected him. Was sent to China with Borodin where Chiang Kai-shek betrayed him, then turned away from communism.

Like you’ve said, MN Roy is up there with Nehru and Bose, yet many today may never have heard of him. Writing is one way, but what other forms would you suggest to keep histories from disappearing?

You can keep history alive if you want to. But the establishment has done away with entire medieval history— Khiljis, Tughlaqs, Lodhis— meaning the entire period when Muslims ruled Delhi. Both, history and culture was in the hands of one person, if you remember, the guy who was said to be behind the banning of Doniger’s book on Hinduism. He was a favourite of the then HRD Minister Smriti Zubin Irani.

The relationship between Shweta and her husband suffers because they have different ideologies. What solutions or suggestions do you have for the youth, today, at opposite ends of the spectrum, unable to even have a dialogue?

I don’t have any suggestions for youth in general. For male youth, they need to learn how to face rejection without getting violent.

Keki N Daruwalla is an Indian poet and short story writer in English. He is also a former Indian Police Service officer. He was awarded the Sahitya Akademi Award in 1984 for his poetry collection, The Keeper of the Dead, by the Sahitya Akademi, India’s National Academy of Letters. For the complete interview, log onto www.valleyofwords.org