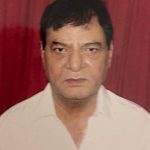 I was half through the degree course in College of Military Engineering (CME) in Pune when my request for change of arms came through. By this time I had already settled down and, frankly speaking, had no mind to go. But, in the army, a step forward can’t be taken back.

However, courtesy of Col RS Yadav, Col Adm, CME, and Ex-Commanding Officer(CO) of 52 Engineer Regiment, I was given a month’s period to complete my solo in gliding and I was sent in February ‘71 to a new setup after six years in Corps of Engineers. The Second Para Battalion was my new unit.

Advisors in CME of my rank and service course mates had advised me to wait for a month in the new unit and by declaring no interest in Paras, as per the normal custom, I would be posted back to my parent unit. In my case the parent unit being CME. So I was not worried at all. On reaching Agra, where the Para Brigade exists, I found the Battalion was already airlifted for IS duties to Calcutta to help in Law and Order situation during elections of March 1971. I joined the Battalion after a couple of days at Calcutta. After the elections, I promptly applied for reversion back to the Corps of Engineers. The Application was forwarded to the Military Secretary’s Branch, Army Headquarters, and I was allowed ten days Casual Leave. I came to Delhi to spend some quality time with my brother and, also if possible, pursue my application with the Military Secretary’s Branch.

The unforeseen does happen and with regularity. I met with an accident. Due to a couple of fractures, I was admitted to the Army Hospital, Delhi Cantt. And I also got a response from the MS rejecting my application and declaring Bihar Regiment as my parent regiment and I was posted to Second Bihar Battalion.

I drafted another application to MS branch bringing out why my talents were more suited to Engineers than Infantry. Unfortunately, the Army Hospital refused to forward this, it being a matter of unit the concerned.
Later, having recovered from my injuries and medically downgraded to Cat “C”, I was attached with Station HQ Delhi Cantt, to await my posting to a peace station, 2 Bihar Battalion being in the field. Here, also, I requested for my application to be forwarded but no luck.

However, I didn’t give up, and in my quest I met the highest in Bengal Sappers but the status quo maintained. The quest was lost – almost. It was a case of total despair. My request of change of Arms had not only taken me away from the halfway mark of a degree course but also seen me through an accident and a stern ‘no’ for reversion back to Corps of Engineers from MS Branch. My persistence in getting back through highest quarters had brought a hidden warning from MS and I was advised “to adjust in the new environment for my own good”.

One evening, Colone RS Yadav, ex-CO, rang me up and cheerfully, as he always did, advised me to take a final step before I gave up totally.
At his advice, the next day I went to the Engineer-in-Chief Branch in Kashmir House, New Delhi, and met a senior officer with whom Col Yadav had already spoken. He rewrote my application to be forwarded to MS Branch through E-In-C. I showed the application to Col Marley, then Director of Personnel, and took his blessings along with advice on the presentation of my file to the General. My case was to be put up before Lt Gen PS Bhagat, VC, (at that time expected to be the next Chief of Army Staff), who was holidaying in Nainital those days. After taking leave from Station HQs, I took a taxi for Nainital with my file and a good reference of another senior Rimcollian in my mind. By evening I reached Nainital and after getting a room in a hotel, I straightaway marched to the Inspection Bungalow a few hundred yards away. There I was informed by the guard that General Bhagat and the ADC had already left for some place. Leaving a small note for the ADC requesting a meeting with the General at 10 a.m. the next day I returned.

The next day, as I got out of the hotel to keep my appointment, I noticed it was sunny with not a hint of clouds. All was well except that my new uniform shoes were pinching, thereby making me limp. At a distance from the Inspection Bungalow), I noticed that the General and the ADC were sitting in the sun and having tea. When I reached the Bungalow, the General had already gone inside. I briefed the ADC, a smart handsome young fellow, about my case, who took my file to talk to the General and after a few minutes I was called in.

As I entered his makeshift office, the General was holding my file with a bit of a serious expression on his face. He asked me a simple rudimentary question, “What sappers were you?” And my simple answer, “Bengal Sappers”, brought out a tirade never before I was ever subjected to. ”Bengal Sappers! They are bloody fools, they are _____,they are ___. Why didn’t you go to a Bengal Sapper General instead of coming to me?” And so on and so forth.
By this time something snapped in me. I was almost trembling with rage at myself. I removed my file from his hands with whatever little restraint I could muster. I thanked him profusely, something incoherent like “Thank you, Thank you Sir, when I came here I had different ideas, the things are very different here. Thank you Sir. Anyway thank you.”

Turning about I marched off. As I was going down the stairs, the ADC called me back. Totally unsure of myself I turned back again to the presence of the General. As against my agitated state, he was very calm, in fact, I thought I glimpsed a little smile on his face and a playful twinkle in his eyes. He questioned about what my notions were when I came to seek his blessings. A little mellowed, my reply was “I thought if a son goes astray and wants to come back, the father welcomes him. Things are different here. Thank you Sir.” And a couple of more thank-yous.

I was nicely berated, to say the least, for my behaviour. Thereupon I was clearly told that though my behavior was totally unbecoming. He would confirm my antecedents from the E-in-C before taking any step. Turning to his PA he dictated a DO. “IC (so and so) Capt (so and so) has approached me for reversion back to Engineers. What do you think about it? Do let me know when I visit Delhi on____.”
On the way back to Delhi, I was in a much somber mood. I cursed myself for everything and more importantly having betrayed the trust, with my irrational behaviour with the General, of some very good senior officers. I had heard that “biting nails doesn’t help, for they have a tendency to grow back”, which I had not done. On the contrary, I had taken the bull by the horns, and was gored. Maybe, I would be lucky if I got away with my indiscretions.
From the Area Mess, Delhi Cantt, I rang up Col Yadav informing him about the meeting without omitting anything. He laughed whole heartedly and made me repeat the sequence. Next, I rang up the DOP. He listened with his normal “Hun Hun” and said, “Don’t worry.”

On the appointed day, I reached Kashmir House at 9:30 a.m. so that the DOP could be reminded of my case before the meeting began. But, unfortunately, the meeting had already started at 8 a.m. So, I waited and fretted. A little after 1:30 p.m., the DOP with a bundle of files came to his office hurriedly, picked up another bundle and before heading out informed me, “It is here, it is here! Yours was the first case discussed.” I didn’t know what to make of it. I waited.

At about 5:30 p.m., with office hours already over, I saw a Lt Col (not from the Engineers) entering the PA’s room and the PA pointing towards me. He came in and said, “Suraj, congratulations! I am from the MS branch. Here is a letter for your reversion back to the Corps of Engineers and your posting to CME. The PA to DOP called for another round of coffee, this time from E-In-Cs pantry.

I rang up Col RS Yadav from there, itself, requesting his advice as to how to write a Thank you DO to the General. His advice was, “Don’t waste his time.” I have always wondered, why was it that these senior officers were so supportive of me despite all my follies. Was it compassion? Was it empathy? Was it Esprit De Corps? Or, are all such qualities built-in into their psyche?