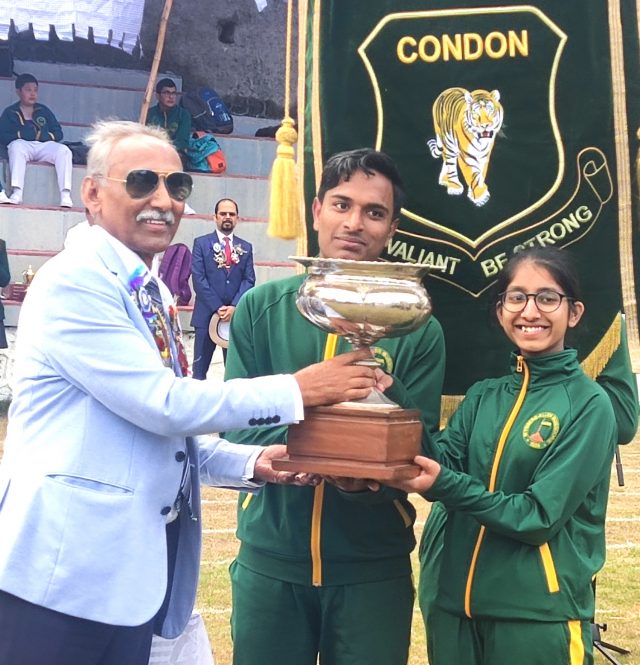 MUSSOORIE, 16 Oct: Wynberg-Allen School hosted the “131st Annual Inter-House Athletics Meet 2022”, here, on Saturday. The Guest of Honour on the occasion was Ajay Mark, an alumnus from the 70’s. The meet started with an impressive march past by the four houses to the tunes played by the Wynberg-Allen Marching Band.

Himanshi and Anurag Yadav, the school captains, took the oath on behalf of participating athletes. The meet was declared open by the Chief Guest after the march past.

The march past cake was awarded jointly to the Condon and Foy Houses. The best turn out cake was awarded to the Allen House. The winner for the Tug-O-War (Boys) was Foy House and, for the girls, Condon House. Foy House was declared the overall Relay winner. Shivansh Aggarwal and Aakriti Subedi were declared the fastest sprinters of the meet for the boys and for the girls, respectively.