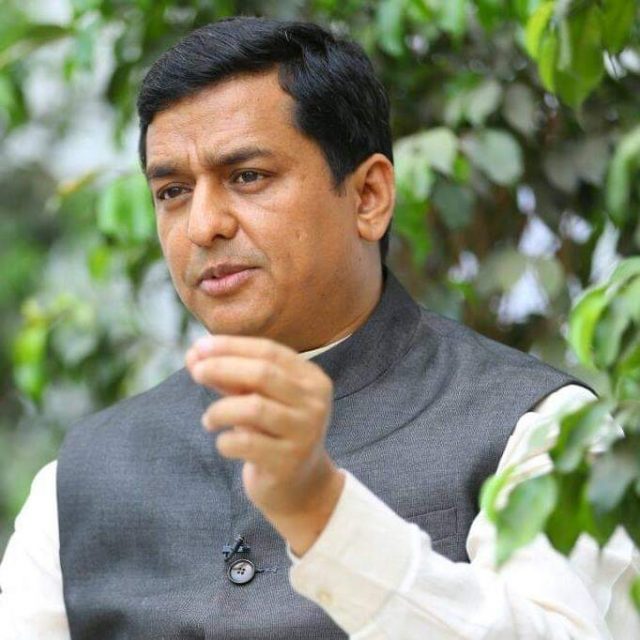 By Our Staff Reporter
Dehradun, 26 Sept: Eight months after JP Nadda became the BJP National President, he finally announced his new team on Saturday. BJP’s national media in-charge Anil Baluni has not only been retained in the new team but he has also been given additional responsibility as the chief spokesperson of the BJP. It is noteworthy that Baluni, a resident of Kotdwar, is currently also a Rajya Sabha member. He is considered to have a good influence in the current top leadership of the BJP and thus his stature in the party has grown further.
Apart from Baluni, Mahendra Pandey of Uttarakhand has been appointed as the National Office Secretary. It is noteworthy that old names that have been dropped from Nadda’s new team include National General Secretary Ram Madhav, National General Secretary Muralidhar Rao and Om Mathur.  Sources claim that some of these names could be included in  Modi’s council of ministers which is expected to be expanded soon according to the party sources. The new general secretaries announced by Nadda are Dushyant Kumar Gautam, D. Purandareswari, CT Ravi, Tarun Chugh and Dilip Saikia while the three general secretaries who have been retained are Kailash Vijayvargiya, Arun Singh and Bhupendra Yadav. In the new national team of BJP, former Chief Minister of Chhattisgarh Raman Singh, former Chief Minister of Rajasthan Vasundhara Raje Scindia, former Chief Minister of Jharkhand Raghuvar Das and Mukul Roy of West Bengal have been included as National Vice Presidents. Radha Mohan Singh, MP from Bihar who was a Union Minister in the Modi 1.0 Government has been given this responsibility probably in view of the upcoming assembly elections in Bihar while Mukul Roy, a somewhat controversial face of the party has also possibly been promoted as BJP National Vice President in view of the elections in West Bengal. BJP’s fiery youth leader and MP Tejashwi Surya has been appointed as the national president of BJP Rashtriya Yuva Morcha in place of Poonam Mahajan of Maharashtra.