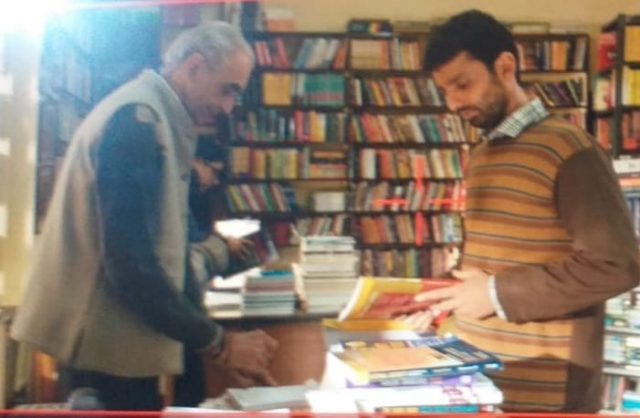 Dehradun, 12 Dec: Several scenes for the Hindi film titled “Boondi Raita” featuring Actor Himansh Kohli were shot in and outside the Natraj Bookshop on Rajpur Road. Himansh is the lead star of the movie, acclaimed for his stellar performance in the blockbuster “Yariyaan”. The scene was directed and coordinated on an incident between the actor and  the shop owner, Upendra Arora. The shoot that began in the evening went late into the night. Dehradun has now become a favorite hotspot for Bollywood film makers. 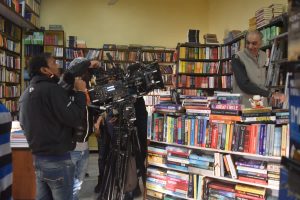 Under the banner of Radhika G Films, Actor Himansh Kohli has started shooting for his new Hindi film, a rollicking comedy which also stars Ravi Kishan, Sonali Seygall, Shilpa Shinde, Neeraj Sood, Alka Amin and Rajesh Sharma featuring  in important roles.  It’s a slice of life film based on a father- son relationship. Himansh Kohli who is playing the lead character “Baggu” is enthusiastic about creating the right look and is deeply involved in  the filming of the movie. The film directed by Kamal Chandra will be shot in an around Dehradun for the entire month of December.  The cast and crew of the film was greatly impressed with the variety of books in the bookstore and many among the crew availed of the opportunity to buy books of their choice.