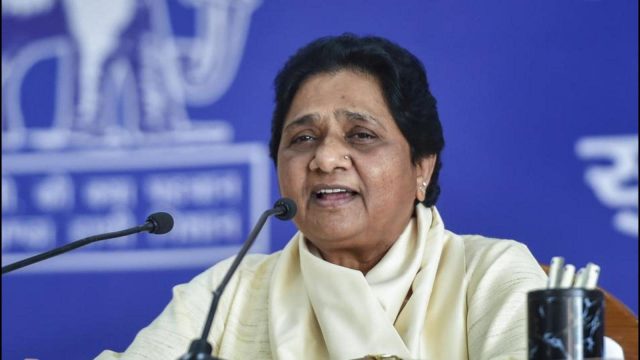 DEHRADUN, 7 Dec: Bahujan Samaj Party had strong presence in at least two districts in Uttarakhand namely Haridwar and US Nagar and had been winning good number of assembly seats from these two plains districts. However, in past 2 elections, its fortunes dwindled and in the 2017 polls, it could not win even a single seat. However, according to Party Supremo Mayawati, the party is planning to contest a large number of seats, possibly all the 70 seats in the upcoming polls. This was stated today by Mayawati who also indicated that it might contest all the 70 seats. She is also planning to hold a public rally soon in Uttarakhand, sources claim. While the considerable chunk of voters that is considered to be committed vote bank of the party comes from Dalit Community. In UP, a section of Brahmin voters are also considered to be BSP supporters, though this is not the case in Uttarakhand. To some extent, some Sawarna votes were cast in favour of BSP in past polls in Haridwar and Udham Singh Nagar districts. Both these districts also have relatively high percentage of Dalit voters and the party is looking forward to winning them once again. With the exception of BJP and Congress, other parties understand that presently, they can only aim to become a third front and they are working to achieve this target only. They also hope to become king makers in case BJP or Congress may fail to achieve majority. This did happen twice in Uttarakhand. While in 2007 polls, 3 UKD MLAs lent support to BC Khanduri led BJP Government with Diwakar Bhatt becoming a minister too. In 2012, it was both the BSP and UKD that lent support to the Congress party and to Vijay Bahuguna led Congress Government when Congress failed to achieve majority. Preetam Singh from UKD and Surendra Rakesh from BSP who was the one of the three BSP MLAs became ministers in Vijay Bahuguna Government and then in Harish Rawat Government. However, after demise of Surendra Rakesh because of cancer, his wife Mamta Rakesh was lured to Congress by Harish Rawat and she managed to win the bypoll, thus ensuring that the BSP lost the poll. In 2017 polls too, she retained the seat as Congress candidate and no other BSP candidate could win the polls, which was won by considerable majority by the BJP. Meanwhile, BSP leader Qazi Nizamuddin had also switched over to Congress before the 2017 polls and some others had also left the party thus weakening the party. Now BSP has started preparing seriously for the elections. Party office bearers and potential contenders have also started campaigning in their respective areas. After the formation of a separate state of Uttarakhand, the BSP has a strong support base here. This time in the changed environment, BSP is assuming that the effect of Modi wave has diminished now. In such a situation, it is in a position to perform better this time in the state. BSP state president Chaudhary Sheeshpal said that the preparations for the elections were in full swing. All the office bearers of the party were continuously going to the areas and running a direct contact campaign. It remains to be seen how much the party’s fortune can revive in coming polls considering one factor, a significant percentage of Dalit voters, especially non chamar voters have switched over to BJP in Uttarakhand as well as UP since 2014 and this was one reason why BSP has weakened since 2014.