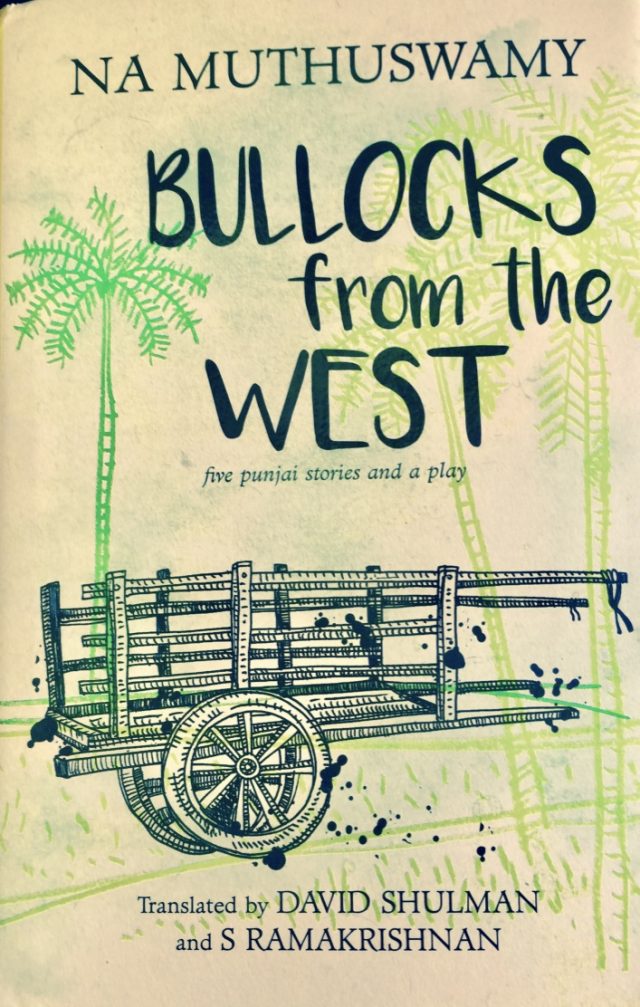 For those unable to dip into the vast ocean of regional literature here is a slim but powerful selection. If this book is a forerunner, its bound to leave you thirsting for more.

The book is titled after the first story in the collection which is set around Punjai, Tamil Nadu. The stories capture rural life in the region in vivid details. You do not have to be from the south to understand or relate to the tales as the stories are beautiful in their own way. They fill you up on history and culture to give context to these timeless tales, as time itself travels slowly in rural areas and one can see the beauty and ills of in the country depicted as a balancing act. Our complicated social structure is laid bare and explained in a simple manner. Go ahead, you can gift this to anyone wanting to learn more about vast rural countryside of the south.

There is, Punjai, for instance which is, in a way, just another ordinary village except that in this little corner, everything reminds one of the extraordinary. You meet a boy, who can hardly wait for the two bullocks to be broken in so that he can jump astride them. Then there’s a widow who surfaces from the village pond after a dip like a ghost come back from the dead. And then there is this dreamy old man whose entire planet is circumscribed by the Age of the Cholas. You will find him at the local tea stall, reliving those ancient times as if they had just flitted by a few days ago. Then you come across Panchali, the devdasi, who choses to replay Draupadi’s ritual disrobing.

Muthuswamy takes the most ordinary and turns it into the extraordinary and gives it a new depth and a new meaning. The translator is sensitive to the choice of words, where by he carefully uses‘egged’ in place of ‘encouraged’ and ‘illicit’ rather than ’illegal’ “continually” instead of “continuously” giving this translation its authenticity. The young boy from Bullocks from the West says: ‘I don’t know which are imagined and which are real.’ And the author’s tour de force is his ability to take the reader along on this wandering through consciousness. For at the end of the day, what do you remember? What do you dream? And what remains? Perhaps our mind is alike the parai that ‘wails on its own, independent of the beat.’

The book closes with the play ‘England’. You have this yarn spun in England before August 15, 1947, before India got its Independence, and it was a fine yarn. And he sets out to examine the very nature of our struggle against the British Raj. ‘All of them say this. They move, entangled in the yarn. The woman cuts the yarn from everyone. It is like cutting the umbilical cord. She cuts the knots.’  He revisits the inequality that came after Independence; after all, freedom came but was it for everybody?

If you want to know what it must feel like to be ‘possessed’ you should read Panchali to find that a thousand years later, little has changed in a place where ‘the streets around the temple always face the temple wall. The houses face the wall. The people who live there face the wall. On the other side of the wall is the god. They’re not conscious of this. Isn’t there always a wall separating them from the god?’

Muthuswamy’s lyrical prose creates a multi-layered narrative, peopled with unforgettable characters, in a world where dream and reality mingle with each other. Presently, this is perhaps the best that a contemporary translation from Tamil fiction has to offer in our times. Luckily for the reader, the translators achieves the impossible, in that none of the poetry of the original is lost. David Shulman’s and S. Ramakrishnan’s translation of Bullocks from the West could well be a primer for those wanting to build bridges to breach the seemingly unsurmountable barriers of culture and language.