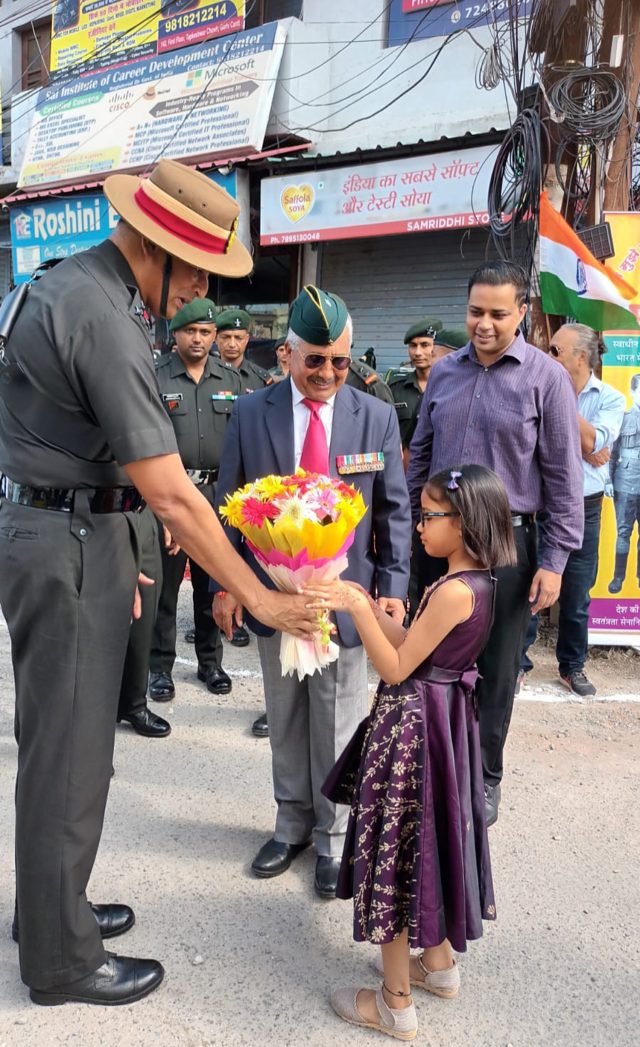 Dehradun, 13 Aug: Brigadier Anirban Datta presided as Chief Guest over a function to rename a road in Dehradun Cantt in the name of freedom fighter Bishan Singh.

Abhinav Singh, Chief Executive Officer, Cantonment Board, Dehradun, Brig Ajay Kumar, son of freedom fighter the Late Bishan Singh, and other members of his family also participated in this programme.

Bishan Singh was born in Garhi, Dehradun Cantt in 1922. After that, at the age of 18, he was recruited in the 2/9 Gorkha Rifles. He remained in the army and served in Baluchistan and Malaya while participating in the Second World War, and was posted in South-East Asia. In 1942, he became a prisoner of war captured by the Japanese.

Under the influence of Netaji Subhash Chand Bose, he joined the Azad Hind Fauj in 1942 and participated in the Burma Campaign of INA.

During this, in 1945, he was captured by the British. As a prisoner, he was first imprisoned in Kalyan, thereafter in Red Fort. For working against the British state, he was dismissed from the Army and sent home in 1945.

This is also birth century year of Bishan Singh and also the 75th anniversary of Independence. The Cantonment Board, therefore, took the decision to rename the road as freedom fighter Bishan Singh Road.

Garhwal Post has established itself as a credible, balanced and forward looking newspaper in India. Based in Uttarakhand, the daily is read by the aware, socially and culturally responsible, high-income elite of society.
Contact us: info@garhwalpost.in
cougar hook up app flirt in love