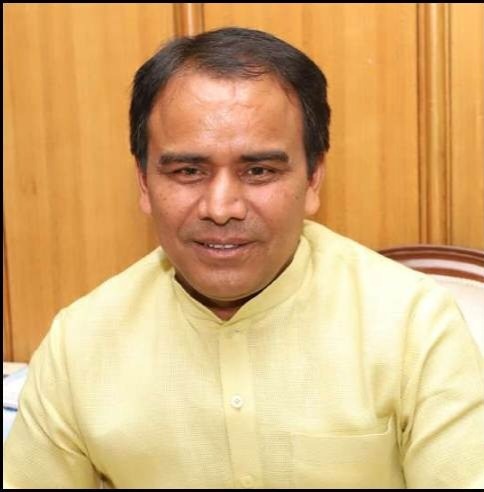 DEHRADUN, 28 Sept: There has been a vast improvement in the child sex ratio in Uttarakhand and the graph of institutional deliveries has also increased rapidly.

State Health Minister Dr Dhan Singh Rawat described this as a big achievement of the state government. He said that common people are getting the benefits of various health schemes run by the Central and State Governments. In order to improve the figures of sex ratio, the Health Department has given the benefits of various health schemes to the beneficiaries as well as strictly prohibited sex test of the fetus in the womb.

At present, 90 percent institutional deliveries are being done in the state and efforts are being made to make it 100 percent.

Rawat stated that according to the report of the fifth National Family Health Survey 2020-21, the sex ratio of children in the age group of 0-05 has been recorded at 984 in the state, which has increased as compared to the previous years. It means that 984 girls are born for every 1000 boys in the state. He said that in five districts of the state, Almora, Chamoli, Nainital, Pauri and Udham Singh Nagar, more girls were born than boys. As many as 1444 girls were born against 1000 boys in Almora district, 1026 in Chamoli, 1136 in Nainital, 1065 in Pauri and 1022 in Udham Singh Nagar. On the other hand, 940 girls were born in Bageshwar, 926 in Champawat, 823 in Dehradun, 985 in Haridwar, 911 in Pithoragarh, 958 in Rudraprayag, 866 in Tehri and 869 in Uttarkashi as against the national average of 929. The Minister said that child sex ratio had improved in the state through public awareness campaign, Beti Bachao Beti Padhao Abhiyan and better awareness amongst parents.

Garhwal Post has established itself as a credible, balanced and forward looking newspaper in India. Based in Uttarakhand, the daily is read by the aware, socially and culturally responsible, high-income elite of society.
Contact us: info@garhwalpost.in
https://garhwalpost.in/dating-sites-for-seniors-over-50-free-online/ the hook up pomona