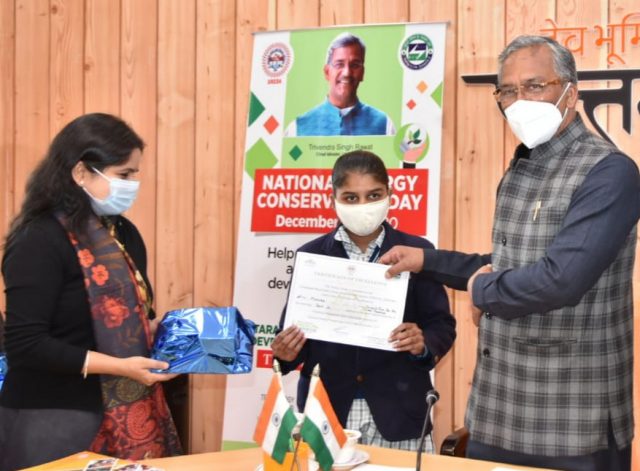 By Our Staff Reporter
Dehradun, 14 Dec: Chief Minister Trivendra Singh Rawat, today, distributed ‘Project Allocation Letters’ to 11 entrepreneurs of Uttarkashi district under the Chief Minister’s Solar Self-Employment Scheme on the occasion of National Energy Conservation Day. The event took place at the Chief Minister’s official residence. The Chief Minister also felicitated village women of self-help groups trained under the Village Light Scheme to make LED lights as “Energy Warriors”. Along with this, the Chief Minister also presented citations to the heads of ‘Energy Efficient Villages’.
While addressing the programme, Chief Minister Rawat, while congratulating all the self-help groups on Energy Conservation Day, said that the next focus would be on removing the burden of grass and wood from the heads of the mothers and sisters, who forage for these in the hills. He claimed that work is being done in this direction. He also instructed the officers to consider and prepare plans in this regard. He requested the village pradhans and self-help groups present at the program via video conferencing to give their suggestions in this regard. 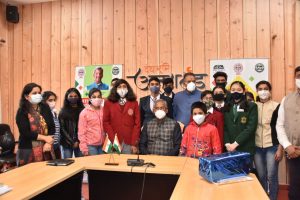 The Chief Minister also announced a revolving fund of Rs 50 thousand, each, for all self-help groups engaged in making LED lights. He also spoke to women belonging to self-help groups. He said that their journey from the ‘sickle to soldering’ inspired others. Self-employment had increased women’s self-confidence and self-reliance. They had developed confidence that they could do a lot in the field of entrepreneurship, too.
He added that the growth centres are making significant contribution in the field of self-employment. They also had immense potential in promotion of readymade garment industry. The focus should also be on preparing school dresses, uniforms for doctors and nurses, etc.
He announced that the Uttarakhand Cabinet has decided that priority would be given to the products of self-help groups in the purchase of up to Rs 5 lakhs at the district level.
Pointing out that there are many temples in Uttarakhand, he said the products of self-help groups should be given priority in the opening and closing ceremonies as well as decorative work in other religious rituals. Tourists from the country and abroad who come to the state would want to carry the souvenirs of the area back with them.
CM Rawat also asked the self-help groups to be creative and make mementos on different themes related to the state. Fancy items should also be focused on in the growth centres. Special training could also be provided for this. In addition, excursion programmes could also be organised so that self-help groups could learn some new things.
The Chief Minister told the District Magistrates that by talking to local shopkeepers, they could be encouraged to sell products of self-help groups. He told the officials that in their offices and helipads, local markets should be provided a window to promote ‘Vocal for Local’, so that their products could be marketed.
He also interacted with students in all the districts on the subject of energy conservation. On the occasion of Energy Conservation Day, a painting competition was organised in selected schools of the state. The winners were awarded by the Chief Minister.
The paintings prepared by these winning students have been published as a calendar for the year 2021, which was released by the Chief Minister. On this occasion, the Chief Minister also released an “Energy Conservation Handbook”.
Mussoorie MLA Ganesh Joshi said that the economy of the mountain was based on women folk. He said that all MLAs should come forward to encourage women self-help groups in their respective areas.
Present on this occasion were Secretary Radhika Jha, Director, UREDA, Alok Shekhar Tiwari and other senior officials, as well as winners of the painting competition. 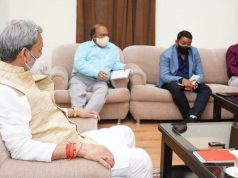 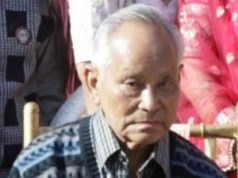 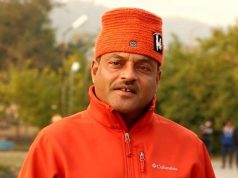