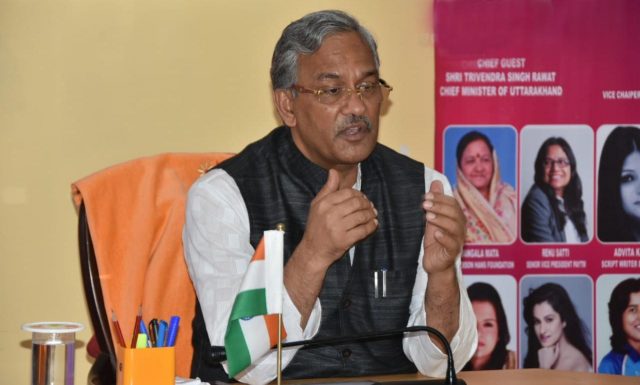 By OUR STAFF REPORTER
Dehradun, 30 Aug: Chief Minister Trivendra Singh Rawat participated today in a webinar organised on the role of “Women power in the development of Uttarakhand”.
The CM said women have contributed significantly to the development of the state. Women Self-Help Groups were doing excellent work. Women were doing very well in the growth centres set up in the state. Improvement in the state’s economy could not be imagined without the participation of women. The state government was conducting many schemes for the welfare of women. ASHAs, Anganwadi workers, women medical workers and women police personnel had done commendable work during Covid-19.
The CM emphasised that the state government had taken important steps to boost digital India. The use of technology was being promoted in every field. E-office, e-cabinet, CM dashboard, CM helpline were all initiatives taken in this regard. Virtual classes had also been started in schools. Every village was being connected to the internet. In the last three years, Uttarakhand had emerged as the centre of film shooting. The state had also got the award for Best Film Friendly State.