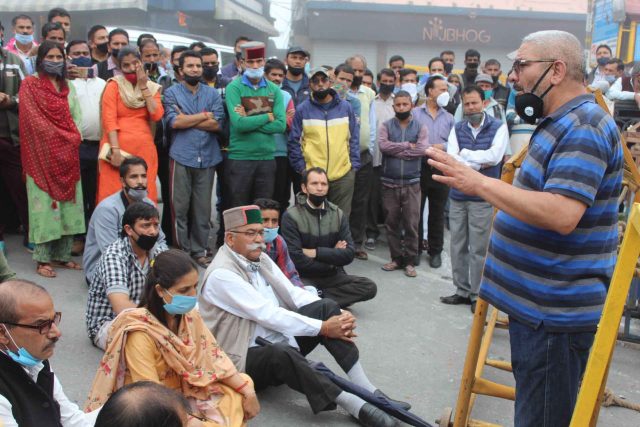 By Our Staff Reporter
Mussoorie, 24 Aug: The Mussoorie Congress and AAP activists protested against the removal of encroachment by the administration at the Shifan Court by sitting on a dharna at the Gandhi Chowk. They were led by former MLA Jot Singh Gunsola and Congress state general secretary Manmohan Singh.
Gunsola said that no one was talking about accommodating the poor. This would not be tolerated. He said that BJP MLA Ganesh Joshi had not helped them and the Municipal Chairman Anuj Gupta had closed his eyes to their plight. He said that the public representatives of Mussoorie would be taught a lesson in the coming days.
Those present on the occasion included Councilor Sarita Panwar, Yashoda Sharma, AAP Mussoorie General Secretary Ankur Saini, Akshat Verma, Mussoorie Congress President Gaurav Aggarwal, etc.