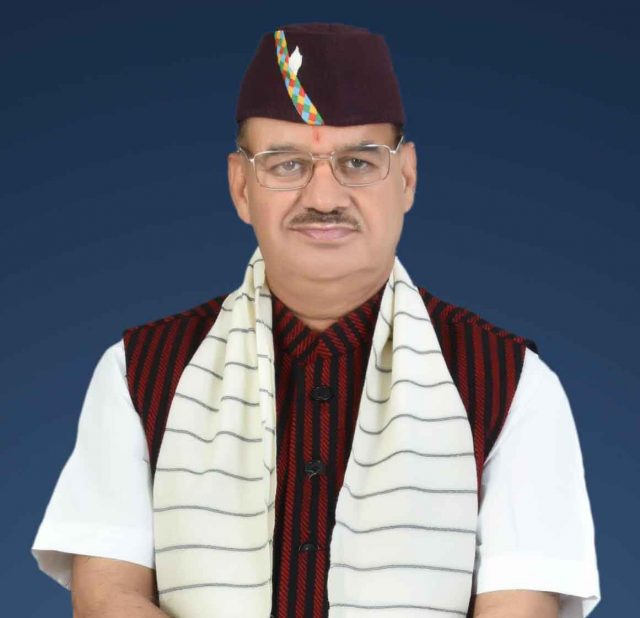 By Our Staff Reporter
Mussoorie, 9 Aug: Mussoorie MLA Ganesh Joshi said today that the Congress has been devoid of issues due to which it constantly raises baseless questions about the BJP Government. He said that all the promises made by the BJP under the leadership of Prime Minister Narendra Modi had been fulfilled. Congress was even doing politics on the Ram Temple. Rahul Gandhi had always been against the Ram Temple. His father, Rajiv Gandhi, had opened the doors of the temple because of vote bank politics, but he did nothing for its construction.
Joshi added that the foundation had been laid for the construction of Ram Temple by Prime Minister Narendra Modi, ending 500 years of adverse history. He said that the Congress had become devoid of issues, which is why it was making unwarranted statements. Rahul Gandhi was constantly making anti-national statements. He said that he would not apologize to Rahul Gandhi under any circumstances because he did not say anything wrong.
Joshi added that Harish Rawat’s visit to Gairsain was inspired by politics, despite his age, which was more suited to ‘bhajan kirtan’. He said that, at the time of ND Tiwari, Kirtan was performed by Harish Rawat at Har ki Pauri in Haridwar. He should visit the Char Dham instead of Gairsain. If he faced any problem in going to Kedarnath, the Chief Minister could provide a helicopter so that he could spend the rest of his life performing austerities.