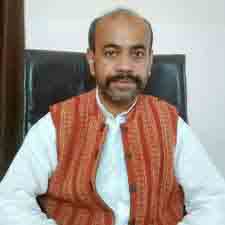 By OUR STAFF REPORTER
MUSSOORIE, 25 Sep: The Chief Secretary has summoned a report from the Tourism Secretary regarding the 84 families that were removed from the Shifan Court, here. The report is to be submitted by 29 September.
Ravindra Jugran, former president of the Uttarakhand State Youth Welfare Council, and Uttarakhand Rajya Andolankari Samman Parishad, had sent a memorandum to Chief Secretary seeking rehabilitation of the evictees. Taking cognizance of this, the Chief Secretary has instructed the Secretary, Tourism, to submit a detailed report on the matter.
Ravindra Jugran recalled that, on 24 August, the families living in Shifan Court had been rendered homeless for the Purukul ropeway project. The homeless people included the elderly, children and pregnant women, who were forced to live under the open sky. They were living in crowded conditions, which could cause spread of corona infection.