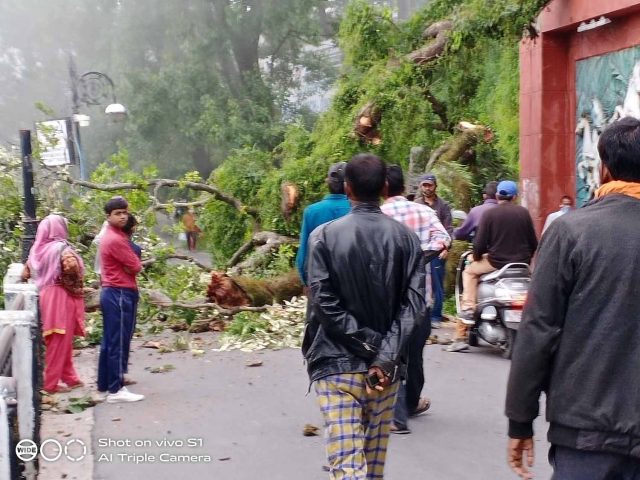 MUSSOORIE, 22 Jun: The Mall Road near Padmani Niwas suddenly got blocked on Monday morning when a big tree fell down. A major accident was averted as the people on morning walks scampered to save their lives. Environment friend Nekar Singh, who was cleaning the road, escaped narrowly. The movement of vehicles came to a stop. The local people with great effort opened the road for two wheelers, but the disruption for larger vehicles remained.
The tree also broke the road railing and electricity wires. Local resident Salim Ahmed informed the Mussoorie Police, Forest Department and the Administration. He said that many big trees had fallen earlier, too, but the forest department was not taking preventive measures. He demanded that the administration and forest department identify weak trees on the Mall Road and remove them.