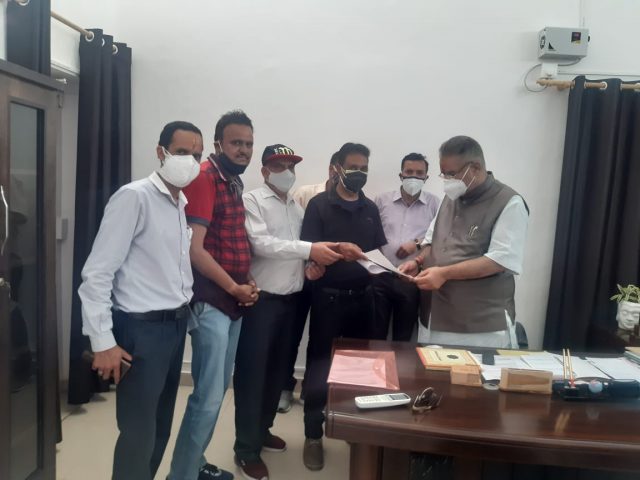 By Sunil Sonker
Mussoorie, 30 Jun: The Garden Welfare Association, under the leadership of Mussoorie BJP President Mohan Petwal, has sent a memorandum to the Chief Minister through Cabinet Minister Ganesh Joshi and demanded opening of all tourist sites in Mussoorie at the earliest. Garden Welfare Association President Surendra Rana said that Company Garden is the oldest and most beautiful tourist place in Mussoorie. The many types of flowers and plants were taken care of during the entire period of lockdown by the employees, which required payment of salaries. The garden remained closed for five months during the last Corona period, and three months this year. There are 50 shops in the Garden along with the Garden Restaurant, Photographer, Gift Shop, Garment Shop, etc., which feed about 80 families of shop owners and employees. They have had no source of income during the 2020 and 2021 tourist season.
He said that, under the new guidelines issued by the government, all the shops of Mussoorie have opened. The Dehradun Zoo, Anandvan, Sahastradhara and other places have also opened, but the garden is closed due to which the tourists along with the local people are facing inconvenience. He has asked the Chief Minister and the Cabinet Minister, Ganesh Joshi, to ensure opening of the other tourist places along with the Garden.
Cabinet Minister Ganesh Joshi directed the District Magistrate to immediately open all the tourist places of Mussoorie as per the rules.
Mussoorie BJP President Mohan Petwal, Councilor Arvind Semwal, Chandrabhan Chauhan, Dinesh Chauhan and Bhag Singh were present on this occasion.