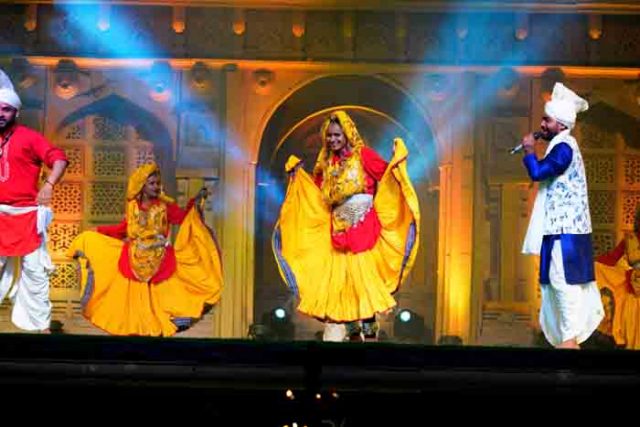 Dehradun, 16 Oct: Concluding the Virasat Sadhna on the sixth day of the Virasat Festival, students from various schools showcased their talent in front of all. The participants were Divija Agarwal – Mohan Veena – Vantage Hall Girl’s Residential School; Raumita Wadhwa – Kathak – Asian School; Pragya Rajput – Hinduatani Vocal – Doon Presidency School; Kashish Khandka – Bharatnatyam – Doon Presidency School; Utkarsh Semalti – Hindustani vocal – Jaswant Modern Senior Secondry School; Aditi Rana Koti – Dance – Jaswant Modern Senior Secondry School; Swarnika Markande – Tabla, Violin – Bhairavi.
This was followed in the evening with Ghoomar, the traditional as well as enthusiastic folk dance of Rajasthan, basically developed by the Bhil tribe and adopted by other Rajasthani communities. The Ghoomar dance is performed by the women for exclusively ladies’ gatherings.
This folk dance has derived its name from ‘ghoomna’. The performers were from Haryana.
Then it was the turn of ‘Kahani Gazal Ki’ by Raza Murad, Chandan Das and Radhika Chopra, produced by Cosmic Art Foundation. It was conceptulised and produced by famous tabla player and music director Amjad Khan. It was scripted by Danish Iqbal and presented by Raza Murad, Chandan Das and Radhika Chopra. They were accompanied by Arshad Khan on Israj, Naseer Ahmed on Harmonium, Ratan Prasanna on Guitar and Amir Salim on Tabla.
Raza Murad has acted in over 250 Bollywood films, also featured in a few Bhojpuri and other regional language films, plus many TV series. He has portrayed a wide variety of roles in Hindi, Punjabi and Telugu movies. He started his career in the mid-1960s after studying at the Film and Television Institute of India, Pune. He is the narrator of the story of ghazal and its various forms. Chandan Das is an exponent of ghazals and a student of Ustad Moosa Khan. He was also trained in classical music under Pandit Mani Prasad of Delhi. His compositions and ghazals are of a high order and the rendering is well balanced, flawless and of clear diction. He has a number of albums and cassettes to his name. He has given innumerable live performances, not only all over India but also abroad.
Radhika Chopra started learning music at a very young age from Pt JR Sharma and began performing on stage and for All India Radio Jammu. After graduating from Govt College for Women, Jammu, she joined the Faculty of Music and Fine Arts, Delhi University, for post graduation in Hindustani classical music, and also did her MPhil and PhD from there. She learnt Thumri, Dadra and Ghazal from the eminent guru, Shanti Hiranand, renowned disciple of Begum Akhtar.
Tomorrow begin the Craft Workshops with Master Craftsmen at 10 a.m. The evening performances will include Panch Naad, the all women percussion orchestra from MP; and Hindustani vocal by Bhuvanesh Komkali. 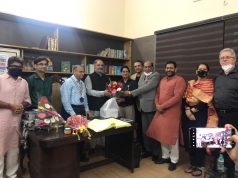 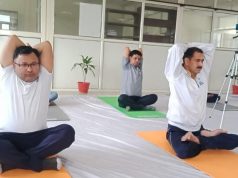 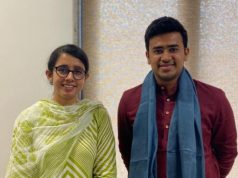