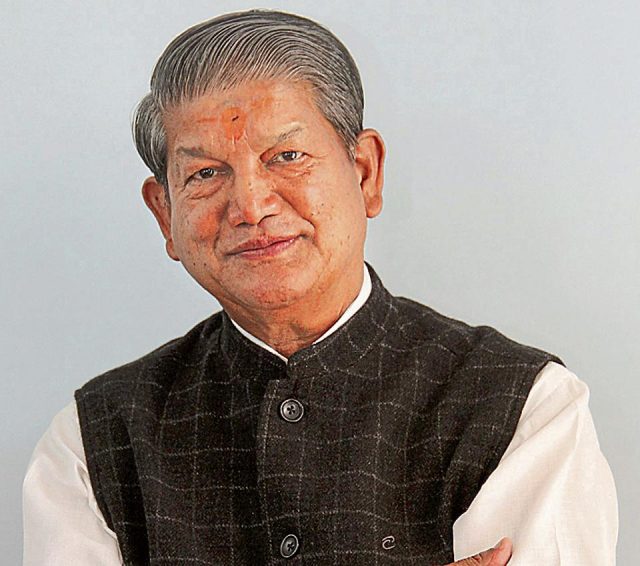 By Our Staff Reporter
Dehradun, 10 Jan: Former Chief Minister and President of the State Congress Election Campaign Committee, Harish Rawat today accused the state government of violating the Model Code of Conduct (MCOC).
He was addressing a press conference at Congress Bhavan here today. The veteran Congress leader claimed that transfers and political appointments had been ordered by the government after the enforcement of MCOC, but the documents had been backdated deliberately to show as if these had been ordered earlier.
Rawat said that a complaint had been filed with the Election Commission in this regard by the Congress. He claimed that there was corruption in transfers in the excise and other departments. He claimed that the BJP’s departure from office in Uttarakhand was certain on 14 February. He alleged that the development of the state had stalled in the last five years.
It may be recalled that, on Sunday, in the presence of former Chief Minister Harish Rawat at the Congress Headquarters on Rajpur Road, former District Panchayat member of Haridwar Vijendra Chaudhary and Chairman of Sugarcane Development Council from Laksar, Chaudhary Rajendra Singh, joined the Congress along with his 59 supporters. Everyone was given membership of the party by the Congress.

Garhwal Post has established itself as a credible, balanced and forward looking newspaper in India. Based in Uttarakhand, the daily is read by the aware, socially and culturally responsible, high-income elite of society.
Contact us: info@garhwalpost.in
interracial dating canada women seeking men in australia