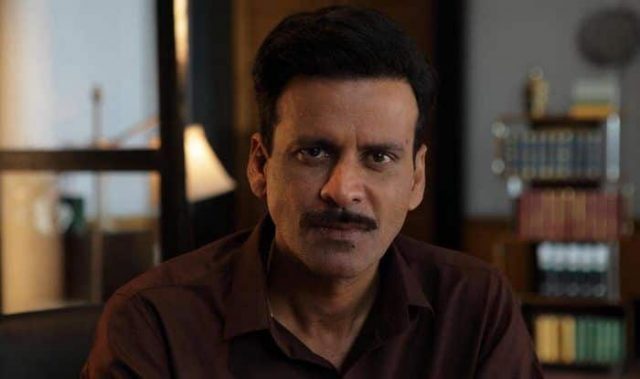 He started the year 2021 with his much-awaited web series – ‘The Family Man 2’ followed by his one of the most intricate performance as ‘Musafir Ali’ in the anthology ‘Ray (Hungama Hai Kyon Barpa)’ and then he played a police officer ‘Nikhil Sood’ in his latest released film ‘Dial 100’.
Multiple National Award-winning actor Manoj Bajpayee, despite proving his versatility with every single work, says he cannot watch his own performance, except for one film. In conversation with IANS, he shares why.
Manoj told IANS: “Honestly speaking I do not enjoy watching my own performance, in fact, I do not watch my film once it is done. I am a self-critical person. So, whenever I watch my performance, I just look at flaws or how this could have been better. I always feel I could have done it better. In a way, in my mind, it becomes torturous for me.”
He further added, “I would say, we as actors cannot enjoy watching a film like a regular audience. we know how things are shot, what happens when an actor performs, the process of creating a scene…we know it all. So, once you are a professional actor, you cannot really watch a film like a regular audience anymore. Having said that, we as actors, watch a film like a student, very deeply and intrinsically that usually, a regular cine-goers would not watch.”
Recently Manoj appeared in the film ‘Dial 100’, a Rensil D’Silva directorial, in which he shared screen-space with another veteran actress Neena Gupta and Sakshi Tanwar – released on ZEE5.
Asked about, if there is any of his own film that he could ever go-back and watch without being a self-critic, and Manoj said, “I would say, ‘Satya’. It is the only film of mine that every time I watched even back then, during the trial, screening before its release, it used to take me in…it was such a well-made film really and the only performance that I do not criticise. That film never let me be critical of my own performance or look at any other aspect of the film, I think that performance was quite engrossing, the only time I felt.”
So, what is the next challenge the actor is looking forward to?
“Right now, I am sitting with Abhishek, Abhishek Chaubey, we are going to shoot soon. So, now I am in the process of creating the character, finding the right sur and bringing life to a character that is so for, is on the paper. Once we start working, we will come up with more details,” the ‘Bhiku Mhatre’ signed off.