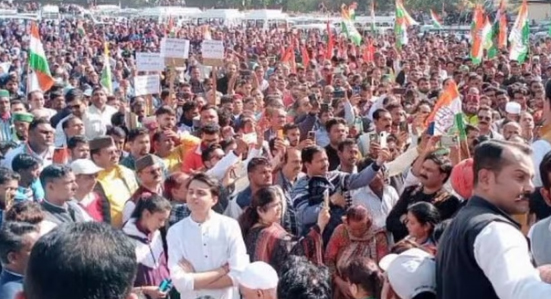 Dehradun, 21 Nov: Former PCC Chief and former Leader of the Opposition Pritam Singh has been showing his discontent with the party leadership in several ways in recent weeks. Today, in a show of strength, he led a huge rally in Dehradun to gherao the Secretariat. 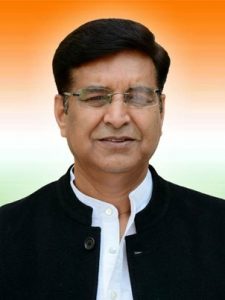 While no top office-bearer of the Uttarakhand Pradesh Congress Committee was present at the rally, many Congress MLAs marked their presence. PCC Chief Karan Mahra and the current Leader of the Opposition, Yashpal Arya, and veteran Congress leader Harish Rawat chose to give the rally a miss, which has again exposed the fissures within the party in Uttarakhand.

On the other hand, Karan Mahra held a press conference in Haldwani, today, on the Bharat Jodo Yatra. Mahra had, two days ago, made it clear that the party leadership has not been taken in the loop over the rally by Pritam Singh and, therefore, he would not be participating.

Singh had held a press conference yesterday to officially announce the rally. According to party sources, as many as 14 Congress MLAs were present at the rally though no office bearer chose to attend. In all, there are 19 Congress MLAs in the current State Assembly.

Even before this, factionalism in the party had come to the surface on many occasions, due to which the Congress had to suffer. A day before, State Congress President Pritam Singh organised a press conference in the Vidhan Sabha and announced the siege of the Secretariat.

Singh is learnt to be unhappy with the state leadership ever since he was removed as the Leader of the Opposition. He is also learnt to be currently not on good terms with the Leader in charge of the party affairs in Uttarakhand, Devendra Yadav. At the same time, veteran Congress leader Harish Rawat also has announced his “solo” Bharat Jodo Yatra campaign in district Haridwar between 22 and 25 November, beginning from Roorkee. Rawat is, of course, known to hold solo shows across the state instead of participating in events held by the party organisation.

Garhwal Post has established itself as a credible, balanced and forward looking newspaper in India. Based in Uttarakhand, the daily is read by the aware, socially and culturally responsible, high-income elite of society.
Contact us: info@garhwalpost.in
east texas hookup free online black dating websites dominican dating app