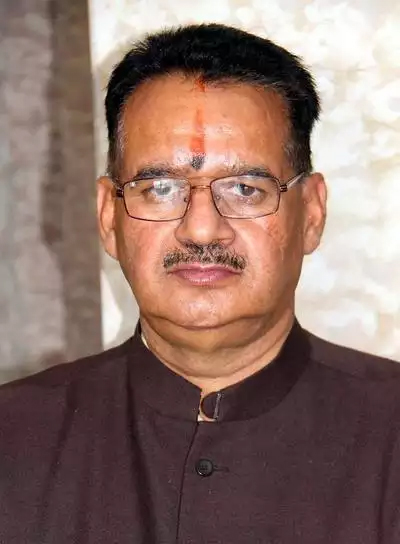 Dehradun, 21 Nov: Minister Ganesh Joshi held a review meeting of the Horticulture Department at the FRDC Auditorium in the Secretariat on Monday.

Joshi directed completion of all the preparations on time for the distribution of vegetable plants to farmers. If these are not available in the districts, it would be got done by coordinating with other states. Minister Joshi also instructed the officials to ensure the quality of the plants.

Discussions were also held at the meeting regarding the proposed Centre of Excellence, about which Joshi instructed the officials to complete the works within the designated time. He reprimanded the officials for not giving a satisfactory answer on which variety of apple was being demanded by the farmers and asked them to prepare a complete plan and submit the report within 10 days.

Minister Joshi said that apple saplings are to be planted in the month of December and the target is that, when the state is 25 years old, the production of apples and kiwi would double. He also instructed lab testing of plants and a strategy to be chalked out by making a time bound plan.

Joshi reminded that the Horticulture Department has received a budget of Rs 100 crores from the Central Government with which the Centre of Excellence for apples is going to be built in Jamrola. Similarly, a Centre of Excellence is being made at Ramtal, Chakrata, for walnuts and Dhanaulti for potatoes. Joshi added that a vertical garden is going to be built soon near Dehradun, for which land is being identified.