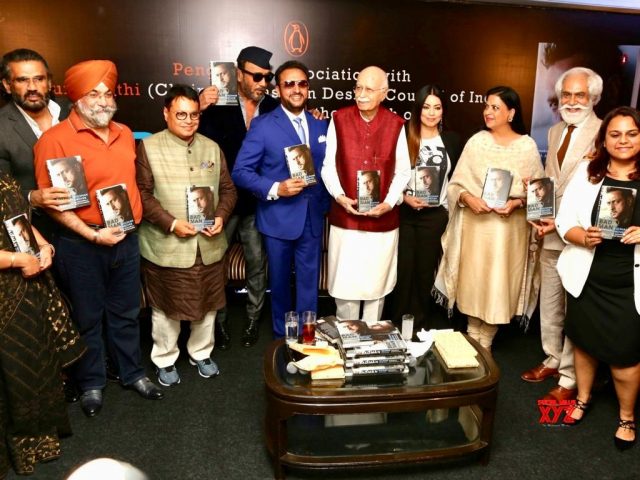 NEW DELHI, 25 Jul: His antagonist roles in films might have earned him the title of ‘bad man’, but to his friends in the industry — and outside — actor Gulshan Grover remains the man with a “golden heart”. Grover was here on Wednesday for the launch of his biography, “Bad Man”. “He is a great and strong guy…. He has been beaten out badly so many times to reach where he is today,” actor Jackie Shroff said. “You (Gulshan) are a bad man in the book, but your heart is a good man’s heart,” said Shroff, whose sentiment was shared by his other colleagues present at the book launch, including actors Sunil Shetty & Mahima Chaudhary and popular producers Raju Chadha and Rahul Mittra. Shetty, who has shared the screen with Grover in many films, said not one but at least “400 books” needs to be written to know “the man completely”, not just the actor. In a career spanning 40 years, Grover has acted in over 400 films, including international projects. “They say ‘friends are the family you choose’, and I think we chose Gulshan. He is family, he has always been there. Be it good, bad or ugly, he is always always with you. “He calls himself ‘bad man’, but I don’t think anyone in the industry ever believes that he has got even one little bit of that in him,” Shetty added. Well known film producer & presenter Raju Chadha applauded Gulshan and appreciated his warm nature and his humble demeanour whilst award winning filmmaker & close friend Rahul Mittra spoke about how Gulshan Grover is one of the most disciplined actors in the film industry and even shared interesting incidents from his 2013 potboiler Bullet Raja in which he had cast Gulshan in a pivotal role. The star-studded event also saw notable people from different walks of life, including veteran BJP leader LK Advani with daughter Pratibha, FDCI President Sunil Sethi, former Supreme Court judge AK Sikri and BCCI acting President CK Khanna. Sikri, who was also Grover’s classmate in the Shri Ram College of Commerce (SRCC), recalled the time spent together. “We all are really proud of him for what all he has achieved in his life. He is the man with the golden heart,” Sikri said smilingly. Grover did not speak much during the event. However, when asked by Mahima Choudhry what he thinks was the highlight of his life, so far, the 63-year-old actor replied without batting an eyelid: “Time spent with my son Sanjay.” In fact, according to Grover, one of the happiest moments in his life was when his son got a plum job in the Metro Goldwyn Mayer’s Motion Pictures Group as “director, special projects”. “Bad Man” is written by senior journalist Roshmila Bhattacharya. Published by Penguin India, the book talks about Grover’s life journey — the ups and downs, his films, successes and failures, besides how he has always stayed relevant. 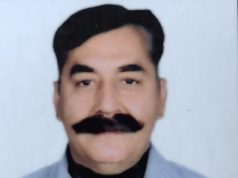