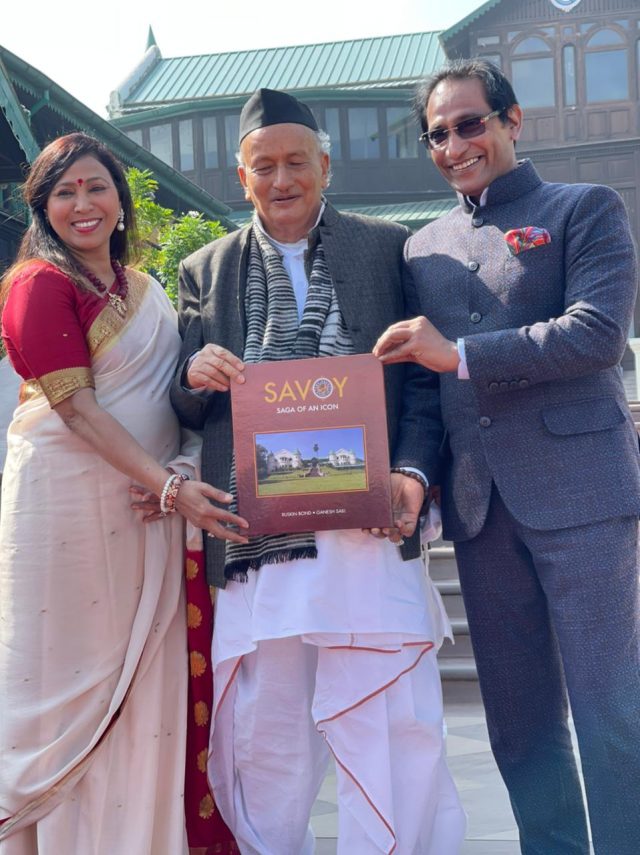 By Sunil Sonker
Mussoorie, 12 Feb: Talking to reporters at the Savoy Hotel in Mussoorie, Maharashtra Governor Bhagat Singh Koshyari expressed deep condolences over the tragedy that took place in Chamoli. He said that the central and state governments were constantly working for relief of the victims.
Governor Koshyari also saw a documentary about the history of the Savoy Hotel and appreciated it very much. He congratulated hotel owner Kishore Kumar Kaya on preserving the history and building of the Savoy Hotel. He said it was necessary to preserve the original form of properties of historical significance.
He also interacted with BJP worker Vijay Ramola. Vijay Ramola said that when Koshyari was the Chief Minister of the state, he got a chance to work with him. When Koshyari became an MP, he was his representative and, now, when as Maharashtra Governor, he had come for the first time to Mussoorie, he did not fail to recognise Ramola. He wished Bhagat Singh Koshyari a long life and good health.