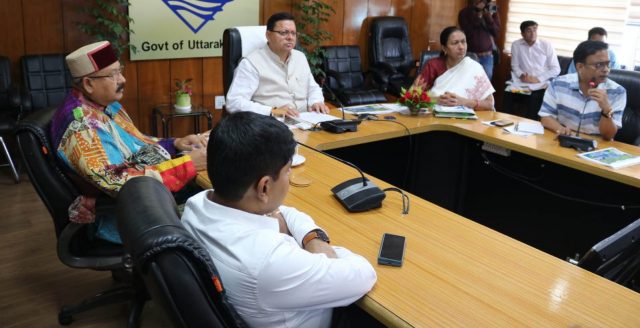 Dehradun, 26 Sept: Under the chairmanship of Chief Minister Pushkar Singh Dhami, in an important meeting of the Public Works Department, the Minister-in-charge, Satpal Maharaj, discussed many important points. He also requested construction of an alternate route along Karnprayag-Nandasain-Paithani and to simplify the system of registration in Public Works Department as before.

Apart from transferring the guest houses of the Public Works Department to the Tourism Department for commercial use, he also proposed reducing the rate of GST from 18 percent to 12 percent, and converting large tenders into small tenders.

In order to give benefit to the local people, Satpal Maharaj suggested simplification of the process of registration, renewal and increasing the validity of status certificate for six months and validate it by giving an affidavit as before.